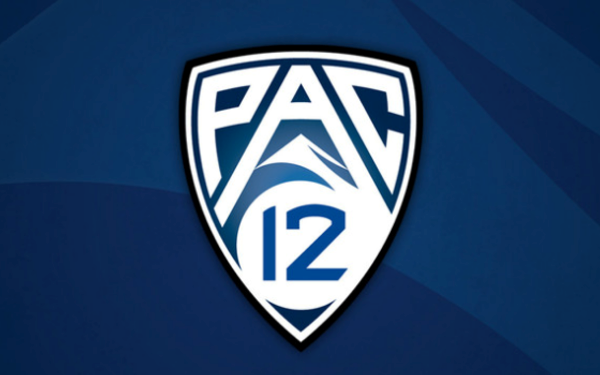 The final day of the Washington Huskies' nonconference schedule was a dud.

After UW lost at home on Sunday to Stony Brook -- they call themselves the Seawolves, if you were wondering -- California joined the awful loss club by falling, 55-52, at home to a Cal State-Bakersfield team that entered that game with a 2-10 record.

Earlier that same day, a suddenly mediocre UCLA outfit traveled to Alabama, barely shot 30 percent from the field and lost its fifth game of the season.

So the Pac-12 begins league play next week on a somewhat sour note, though the conference does still boast three teams in the top 25. There's defending league champion Arizona, the near-unanimous preseason pick by media to remain atop the Pac-12 standings. The Wildcats are ranked No. 8 nationally and have lost just one game (at UNLV).

And to illustrate how good the Wildcats have had it in recent years, one of the foremost lamentations after that defeat was from junior forward Brandon Ashley, who had never before lost a nonconference game.

"I was going to try to go my entire college career without losing in nonconference," Ashley told the Arizona Daily Star. "So it kind of hurts."

He will surely understand if the rest of the league isn't all that sympathetic.

Anyway, Arizona isn't the only Pac-12 team to earn national recognition so far. Utah's two close losses, to San Diego State and Kansas, were impressive enough that the Utes checked in at No. 10 in the Associated Press top 25 this week. And despite the loss to Stony Brook, Washington -- which was the Pac-12's final unbeaten team -- dropped only eight spots from 13th to 21st in the AP poll.

Those three teams appear to represent the league's best hope for a strong national profile this season. UW coach Lorenzo Romar said he doesn't make much of the nonconference schedule when it comes to evaluating how the Pac-12 standings might look in three months, because he believes teams will improve as the league slate progresses.

Well, maybe not all of them. Washington State seems to be in full rebuilding mode after firing coach Ken Bone and hiring Ernie Kent, who has so far guided the Cougars to a 6-6 record -- their best victory of the season was probably their last one, a 90-83 triumph over visiting Cal-Davis.

Oregon State, too, will likely have its issues in Year One of the Wayne Tinkle era, though the Beavers have rebounded from an embarrassing exhibition loss to Western Oregon by assembling an 8-3 record.

Three Pac-12 teams earned bids into the NCAA tournament in 2014 -- Arizona, UCLA and Stanford. The Wildcats seem a lock to return, and as a very high seed. The Cardinal lost Josh Huestis and Dwight Powell, but return leading scorer Chasson Randle, capable center Stefan Nastic and add star freshman Reid Travis. And on Dec. 23, they claimed perhaps the Pac-12's most impressive victory of the nonconference season, winning 74-71 at then-No. 9 Texas.

UCLA could be in for a tougher season after losing Jordan Adams, Kyle Anderson and Zach Lavine to the NBA. Coach Steve Alford's son, Bryce, leads the Bruins in scoring so far, and freshman forward Kevon Looney is the kind of five-star recruit UCLA is used to having on its roster. But a humiliating loss at Kentucky in which the Bruins scored only seven points in the first half, plus a 13-point home loss to Gonzaga, a 22-point loss to North Carolina and a 10-point loss to Oklahoma show how much work there is to be done in Westwood.

That won't help the national perception of the Pac-12, as some still believe a down year for bluebloods Arizona and/or UCLA means a down year for the conference overall.

Still, several teams harbor reasonable NCAA tournament hopes as league play begins. Arizona and Washington have one loss each. Utah has only two. California, Oregon, Oregon State and Stanford have lost a manageable three games. The road to March Madness will be more difficult for UCLA, Arizona State and Tad Boyle's Colorado team, all of whom have already lost five games and lack the kind of impressive victories that could push them to the right side of the bubble.

Washington hopes to accumulate more of those next weekend when it visits -- appropriately enough -- California, which is trying itself to erase the memory of that ugly Sunday.

"No one is happy to lose," UW sophomore guard Nigel Williams-Goss said after UW's loss to Stony Brook. "But we aren't going to let one game define our season. Our focus is on the next game. This is behind us. You can't do anything about the past. Winning last game didn't do anything about tonight and losing tonight is not going to affect our next game. We just have to prepare and be ready to play Cal."