Reality TV Facing its own Reality amid an Unexpected Ratings Slump 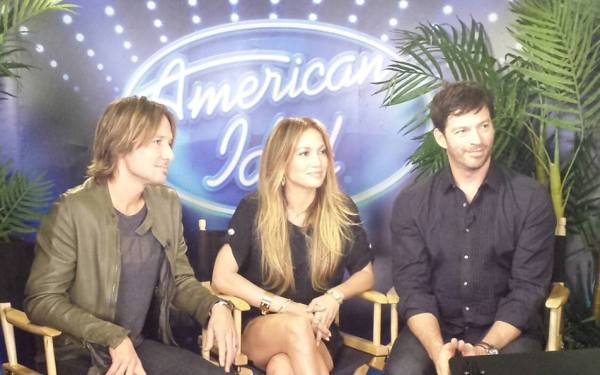 Just a few years ago, underemployed TV writers were complaining that reality programming was taking over their industry.

Now the scribes are having their revenge: Unscripted programming is mired in an unexpected slump.

Onetime smashes such as “Survivor” and “Dancing With the Stars” are drooping with age. Coca-Cola recently wrapped up its 13-year sponsorship of “American Idol” after Fox’s singing hit plummeted in the ratings last season. NBC’s own singing show, “The Voice,” saw its season finale drop nearly 10 percent last week.

And what’s worse, no new hits are taking their place. Fox bet the farm early this season on “Utopia,” a voyeuristic series in which a group of isolated “pioneers” was observed trying to create a new society. Viewers yawned, and the network eventually canceled the program, for a loss that insiders pegged at more than $50 million. ABC drew disappointing results last summer with its gimmicky singing show “Rising Star.”

“Reality TV was supposed to be a long-term fix to the problems of television, but that optimism was misguided,” said Jeffrey McCall, a media studies professor at DePauw University in Greencastle, Ind. “Program executives overestimated the true value of the commodity and drove the genre into the ground.”

Even cable networks, a longtime proving ground for the genre, are seeing diminishing returns. A&E’s “Duck Dynasty” ratings have plunged, even though they are still high by cable standards. TLC this fall quickly shelved its hit “Here Comes Honey Boo Boo” after matriarch Mama June was accused of dating a sex offender, but viewership had already declined sharply last summer. And this fall, AMC largely abandoned a three-year foray into unscripted programming, deciding to return its primary focus on its signature scripted series such as “Mad Men” and “The Walking Dead.”

What’s the problem? Industry observers pin the blame on various factors. Too many copycat shows. Too many airings of the few hit shows out there (“Idol,” which once aired as many as three times a week, will get cut to one night per week for this winter’s Season 14). Too few truly original concepts.

Of course, there are still plenty of reality series to go around. In fact, some TV executives point out that the broadcasters probably wouldn’t be able to stay in business without unscripted series. That’s because, as overall network viewership has declined due to competition from cable and the Internet, ad income has stagnated.

Reality shows are usually relatively inexpensive to produce — “Utopia” was an exception, due to a rich deal struck with the producers — and can be scheduled for many more hours than comedies or dramas. Thus, reality is a cheap way to fill prime time.

Take “The Voice.” Despite its ratings fall-off, the singing contest remains one of the top shows on TV. Tuesday’s season finale delivered 12.7 million total viewers, according to Nielsen. That was off 8% compared with the December 2013 finale, but those kinds of numbers still easily vault “The Voice” into the top 10. Then there’s the No. 2 reality series, “Survivor,” which has proved an enduring hit for CBS; next year, it heads into its 30th edition.

“These are enormous franchises that, frankly, don’t come along that often. Every six or seven years, a mega-format comes along,” said Paul Telegdy, who oversees “The Voice” as NBC Entertainment’s president of alternative and late-night programming. “I don’t think there’s anything wrong with the reality business.”

That may be true in the long run. But there’s no question that the genre has stumbled lately. And there are few signs of the gold-rush mentality that surrounded reality TV a decade or so ago.

Broadcasters are scheduling fewer unscripted series than they used to. This fall, a total of 13 hours per week were devoted to reality shows collectively on ABC, CBS, Fox and NBC. That’s a steep drop from 20 hours as recently as 2011.

Moreover, many of the top executives who helped drive the prime-time reality craze have moved on.

Andrea Wong, who brought “The Bachelor” and “Dancing With the Stars” to ABC, now helps run the international division of Sony Pictures. Mike Darnell, the reality guru at Fox, left for a job running Warner Bros.’ sprawling syndicated TV operations. Ben Silverman, the former talent agent who helped usher in the prime-time reality trend when he brokered a deal to bring the British game show “Who Wants to Be a Millionaire” to the U.S., finished a turbulent tenure as a top programmer at NBC in 2009 and has gone back to producing programs.

Today’s corner offices are occupied by people whose main backgrounds are in scripted entertainment, not reality. ABC’s Paul Lee used to run ABC Family. NBC’s Bob Greenblatt is a former producer who oversaw programming for Showtime. The new top programmers for Fox are Gary Newman and Dana Walden, the duo who have for years been supervising the studio side, home of scripted hits such as ABC’s “Modern Family” and Fox’s “The Simpsons.”

“The networks don’t have the executives in them anymore who really love reality TV,” said Tom Nunan, a producer and former president at the network UPN (now the CW) who teaches at UCLA.

Nunan and other experts believe the networks have depended for too long on supposedly “proven” reality shows lifted from foreign countries — such as “Rising Star,” which ABC adapted from an Israeli hit and sent into an overcrowded U.S. singing show market — and are missing out on opportunities to expand the genre with new concepts of their own.

“Competition, endurance, social experiments — there’s still a lot of room to play within those areas,” Nunan said. He pointed out that “The Apprentice,” “The Amazing Race” and “The Biggest Loser” were all created in the U.S. — and went on to become worldwide hits.

What’s more, a reality smash can help promote scripted shows. Fox used “Idol” to market series like “24.” “Imagine Bob Greenblatt did not have ‘The Voice’ these past couple of years,” Nunan said. “How would he have even promoted ‘The Blacklist’?” NBC’s crime thriller starring James Spader has turned into a hit partly thanks to its scheduling right after the singing show.

Without a strong reality lineup, the already-sobering prospect for broadcasters can look downright perilous. And that’s something that could get the attention even of TV writers who still blame “American Idol” and “Survivor” for their woes.

Networks “are in free fall, and they need to at least give people a reason to watch their air,” Nunan said. “The scripted shows are not enough.”