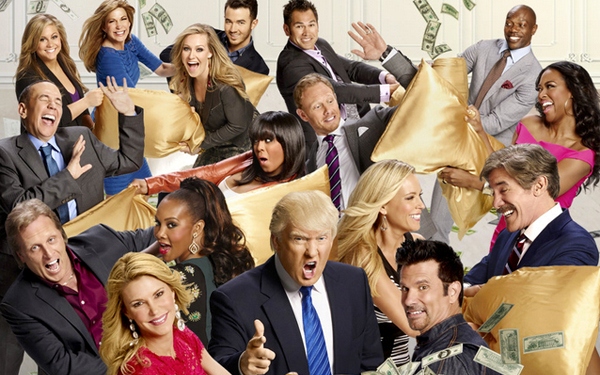 "Celebrity Apprentice" was the first midseason show out of the gate in 2015.
(Credit: allaboutthetea.com)

It’s the TV mid-season and that means a lot of changes for the networks. There are holes to fill after fall launches crashed and burned — rest in peace, “Selfie.”

This has also become a time for short-run series to be wedged into lineups as a way of reducing the number of reruns shown.

Just because a series isn’t being launched until now doesn’t mean it isn’t good or will survive. “Castle,” “Bob’s Burgers” and “Grey’s Anatomy’ started as mid-season shows. There was also a little series called “All in the Family” that started life as a mid-season replacement.

Keeping up with all of the changes is like trying to herd cats in a pitch black room. But, here I cast some light on some of the updates and launches to help you set your viewing schedule.

The network has already started making changes with the launch of the four-part mini-series “Galavant” on Sunday. Joshua Sasse and Timothy Omundson star in this twisted look at knights in a musical daze.

The other new series is “Marvel’s Agent Carter,” scheduled to start at 8 p.m. Tuesday, Jan. 6. Agent Peggy Carter (Hayley Atwell,“Marvel’s Captain America: The Winter Soldier”) battles bad guys but in a different way because in 1946 women aren’t recognized as being as smart or as tough as their male counterparts. They never met Peggy Carter.

Also coming to the network are:

— “The Astronauts Wives Club,” a 10-part mini-series, no date announced.

— The latest version of “The Odd Couple” — starring Matthew Perry and Thomas Lennon — begins Feb. 19, helping fill the comedy void left by the series finale of “Two and a Half Men” on the same night.

Along with the return of “Hart of Dixie,” 8 p.m. Jan. 9, the network will add “iZombie,” based on a DC Comics series, and “The Messengers.” No date has been announced for the return of “Beauty and the Beast.”

“iZombie” star Rose McIver plays a medial student who becomes a crime-fighting zombie. In “The Messengers,” five strangers get odd powers. No dates have been announced for the launch of the shows.

The network has embraced making major mid-season changes for years. It starts this round of additions with “Empire,” the Terrence Howard series where he’s playing the head of a music empire. The series launches at 9 p.m. Jan. 7.

Other new shows include:

— “The Last Man on Earth,” a comedy starring Will Forte that begins March 1.

— “Weird Loners” with Zachary Knighton, which joins the schedule March 31.

— Matt Dillon stars in the mini-series “Wayward Pines.” No date has been announced for the start.

NBC got its mid-season started last week with the latest edition of “Celebrity Apprentice.” It continues with the start of the final season of “Parks and Recreation” at 8 p.m. Jan. 13. “Hannibal,” “Hollywood Game Night” and “America’s Got Talent” will return later this year.

— “Heroes Reborn” is a 13-episode mini-series based on the series “Heroes.” No start date has been announced.

— “Mr. Robinson” starring Craig Robinson, in a comedy about a member of a rock band who works as a teacher.

No dates have been set for “Aquarius” and “Mr. Robinson.”