Richard Butler: All of This And Everything 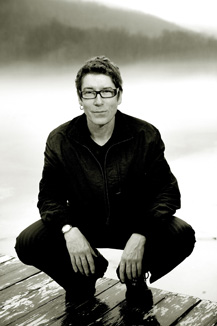 “I’ve gone from being this person who’s thumbing his nose at the music industry,” says Richard Butler, lead singer of post-punk pioneers the Psychedelic Furs, “to having become, without my own complicity, part of the establishment.”

“It feels very strange,” continues the man whose matchless baritone and cunning cynicism provides the thread that ties the Sex Pistols to Nirvana. “It’s not like I’ve done anything more to become established. But all of a sudden you’re hearing yourself on classic rock stations and you think ‘How the fuck did that happen? I used to hate that shit.’”

On April 18, 25 years after the Furs’ raw and startling debut, Richard Butler will release his first solo album on Koch Records. “It sounds like a grown up record,” Butler half-jokes. “My own thoughts, my own fears, they all surface.”

A few months short of turning 50, Butler’s beautifully distinct and haunting vocals, though gentler on this album, are as strong and present as ever. His introspective and antithetically cool lyrics, along with his ability to instill honesty into every moment, create a rare and delicate self-assurance that runs through the 11 captivating songs. “It reflects my life and how I feel at this point in it,” Butler says of the project.

Following his recent divorce and the death of his father, Butler has channeled his turmoil into some of the most viscerally stirring and personal songs of his career. “But not in a self-pitying way,” he points out. “The shock of somebody like a parent dying is not an incredible shock, you know what I mean? People get old and die all the time, you know it’s going to happen. But the way it affects you is odd because they’re kind of in-between you and your own death. It’s like they’re standing in the way. Whenever you think about death, you look at them and you think ‘Well, they’re still there, so I’m going to be around for awhile,’ but once they’re not there anymore, you think ‘Oh my god, it’s my turn next.’ I’ve always felt kind of bulletproof and that kind of put an end to that.”

“A lot of the record is coming to terms with those kinds of ideas,” he says. “What is love? Is it just an idea we’re sold by somebody? I tend to think it is. But I don’t think it’s a miserable record. It’s quite life affirming, life is a wonderful thing.”

An accomplished painter, Butler’s singing career began in the wake of the ‘70s punk rock explosion. “I was a big music fan when I was at art school,” Butler says of his time at England’s Epsom School of Art and Design. “I loved painting, but I was listening to David Bowie and the Velvet Underground and Roxy Music and Bob Dylan, and trying to think ‘How can I make a painting that makes me feel like this? Can I do the equivalent of this in painting?’”

“The answer, ultimately, was no,” he continues. “But then punk rock came along and said you don’t need to be a musician and you don’t need all this fancy equipment, you just need an idea and some spirit and some anger and you can do it, too.”

“I had plenty of all of those things,” he laughs.

A lot has changed for Butler since his early days with the Furs, but despite being the frontman for one of the most influential bands of the last few decades, he insists that he’s not a nostalgic person. “Not even slightly,” he says. “I’ve got a lot on my plate, a lot of stuff I’m interested in doing and a lot of stuff I want to get done. I haven’t got time to sit and think about the things I’ve done already.”

He’ll just have to leave that to his thankful fans.

Richard Butler’s debut album will be available on April 18. He will perform April 6 at the Key Club, in Hollywood. For more information, visit www.myspace.com/richardbutlermusic or www.kochentertainment.com.