University of Virginia Fraternity Activities to Resume under New Rules 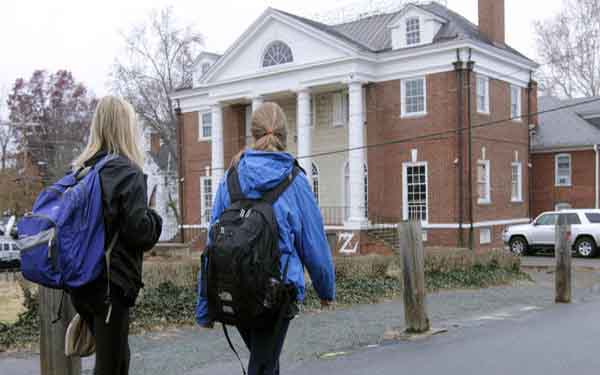 One month after a damaging Rolling Stone story about campus rape was discredited, University of Virginia officials announced that fraternity and sorority activities can resume immediately.

To be able to participate in activities again, sororities and fraternities have agreed to a slew of stipulations officials say will increase safety for students, including additional leadership training for sexual violence and alcohol awareness, and submitting safety recommendations to university officials. Students return to school Monday for the spring semester.

The Greek community’s social activities were suspended in November amid the fallout of an explosive Rolling Stone article in which a woman, identified only as Jackie, said she was gang-raped at a fraternity party.

The story was later discredited by reporting from The Washington Post and a statement from the magazine’s editors, which said there appeared to be discrepancies in the woman’s account. The editors also acknowledged that the reporter, Sabrina Rubin Erdely, had not contacted Jackie’s alleged rapists.

The university’s Phi Kappa Psi chapter — whose house was the site of the incident described in the magazine — had pointed out several inconsistencies in the story, but school officials shut down all Greek activity for the rest of the fall semester and through the winter break.

The new conditions, which a majority of the fraternities have agreed to abide by, include having at least three “sober and lucid” members at each fraternity event, one at each alcohol distribution point at the event, plus another on the stairs leading to the bedrooms of the fraternity house.

The new rules also ban hard liquor at some events and require event organizers to provide bottled water and food at parties where alcohol is served.

The university’s National Pan-Hellenic Council, which consists of eight fraternities and sororities, has banned hard liquor, including pre-mixed drinks, at sponsored events altogether and agreed to ensure that half of its members remain sober at sponsored events.

“A list of sober persons must be submitted … and wear identifying paraphernalia,” according to the council’s agreement with school officials.

Greek student leaders have been working to come to an agreement with university officials for more than a month.

In a statement released by the various organizations representing the Greek community, leaders said they “believe universities must demonstrate more respect for the fundamental rights to due process ... when allegations of misconduct are lodged.”

“In the following additions to our fraternal organization agreement, we seek to achieve a safe environment at fraternity events by addressing high-risk drinking, sexual misconduct and unhealthy power structures,” the university said in a statement.

According to a news release from university President Teresa A. Sullivan, a president or representative of each fraternity or sorority must sign the amended agreement outlining the new rules by Jan. 16.