‘Shakespeare nerd’ Maggie Grace has been ‘Taken’ by the Action Genre 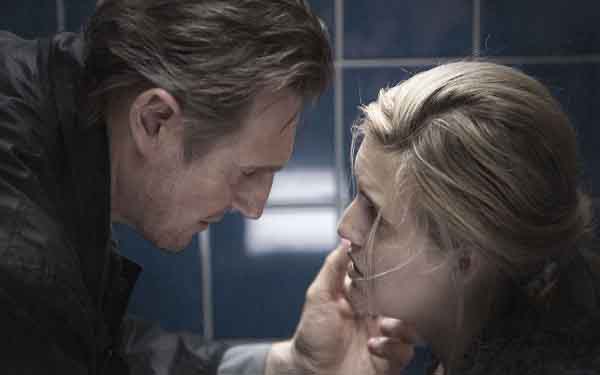 Liam Neeson and Maggie Grace have developed such a strong bond playing father and daughter in the blockbuster “Taken” franchise of action-thrillers that the two have become like family.

“The way he is with me and my family — it’s so amazing and lovely,” Grace said. “Every time I see him he asks about my little grandmother, whom he met once.”

Neeson described Grace in an email interview as “my wee girl,” adding, “I’m a proud dad, and if anyone ever tries to mess with her ... well, you know!”

Noting that the two have the same “sick sense of humor,” Neeson decided to play a trick on a young man Grace had been “a bit heartbroken over” at the time.

“He was like, ‘This just won’t do,’” recalled Grace in a recent interview in Los Angeles. “ ‘We have to set this kid straight.’ So we prank-called him.”

Neeson took on the persona of his “Taken” character, Bryan Mills, the lethal former CIA agent who is extremely protective of his daughter, Kim, delivering his memorable speech from the first film, which was released in the U.S. in 2009.

“I don’t know who you are. I don’t know what you want. If you are looking for ransom, I can tell you I don’t have money. But what I do have are a very particular set of skills, skills I have acquired over a very long career. Skills that make me a nightmare for people like you.”

“I don’t know if I ever laughed so hard,” Grace said. “What girl wouldn’t want someone to stand up for her?”

But the prank kind of backfired. Instead of being scared, “he said, ‘That’s the coolest thing that ever happened to me,’” Grace recalled. “ ‘Can I have a copy?’”

Grace, 31, finds it ironic that she’s found success in the action genre.

“I grew up as a kind of Shakespeare nerd,” she said. “A big Anglophile. A big reader. I was the kind of kid who was always picked last for gym glass, and now I have this surprise career as an action star, which is really fun.”

In the first installment, Mills uses his special skills to rescue Kim, who was kidnapped in Paris by a deadly gang of Albanian white slavers. In “Taken 2,” which is set in Istanbul, the boss of the Albanian mobsters seeks revenge on Mills. This time, Kim is a chip off the old block, working her own set of “special skills” to help her dad — including hurling a grenade.

“Taken 3” finds Kim in college in Los Angeles and living with her boyfriend. When Mills is accused of murdering his ex-wife (Famke Janssen), Kim helps her father avoid capture from the police, only to be kidnapped once again.

Olivier Megaton, the director of the last two “Taken” thrillers, said that Grace is very different when she’s working. “At first glance, she is very calm, very quiet and very cerebral. She always has a book with her. But when you work with her, she wants to know everything.”

Grace may hail from Worthington, Ohio, but she felt like she belonged in England.

She started acting professionally shortly after moving to Los Angeles at age 16 with her mother after her parents’ divorce. Her first big break was in 2004 as the beautiful but selfish Shannon Rutherford on the award-winning ABC series “Lost.”

“It was such a full experience emotionally,” said Grace, who was on the series until the fall of 2005, when Shannon met a violent end. She returned in two more episodes, including the series finale).

The series, Grace said, “was my college. It was the first time I was really living far away from my friends and my family and had my own place. It’s crazy to think the day I turned 21 is also the day the show premiered. We were all celebrating. It was the first time I had ever really gotten tipsy. It was completely life changing and out of nowhere.”

Though she was offered a “lot of spoiled, wealthy entitled young ladies” roles because of “Lost,” Grace is relieved that she wasn’t pigeonholed.

Besides the “Taken” films, she’s appeared in everything from the 2007 indie hit “The Jane Austen Book Club,” which was naturally near and dear to her heart; the 2011 and 2012 installments of “The Twilight Saga — Breaking Dawn”; the 2013 season of the Showtime series “Californication”; and the 2014 indie “About Alex.”

Grace made her Broadway debut in 2012 in the revival of William Inge’s “Picnic.” Sitting in the audience on opening night was Neeson. “He was so busy flying all over the place to promote a movie, but he made it a point to come to my debut, which was so sweet.”

She recently finished a romantic drama, “The Choice,” based on the Nicholas Sparks novel, and is about to return to Louisiana to resume filming on “Showing Roots” with Uzo Aduba (“Orange Is the New Black”).

“It’s about race in the Deep South in the 1970s,” Grace said. “It’s a story about the friendship between these two women. I appreciate the range of it.”