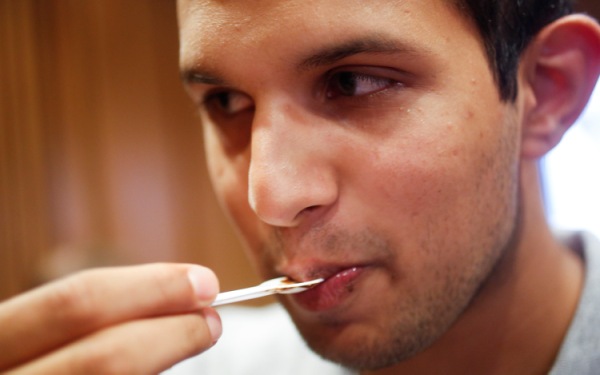 The rising sun dried dew droplets on the kale, beet greens, arugula, collards, carrots and other crops, flowers and fruit trees growing on the one-acre plot about five miles from the Duke University campus.

What is being cultivated in the rows of rich soil inside the rattling gate is much more than the fall crops destined for the campus food service or Community Supported Agriculture (CSA) boxes.

At Duke, UNC-Chapel Hill and other research and liberal arts campuses across the country, students’ interest in food now extends beyond what’s being offered on the menu to what’s available on the syllabus. Many students are curious about how what they eat gets from the farm to the fork — and want to explore the environmental, economic, historical, cultural, social justice and public health issues along that path. And they don’t mind getting their hands dirty to acquire firsthand knowledge that until recently was largely the province of agricultural schools.

Campus farms are proliferating along with a new breed of farmer. Americans in their 20s and 30s with few family ties to the business of agriculture are settling on small plots and pursuing dreams of becoming organic growers or small-scale livestock farmers. Some are drawn by the romanticism of homesteading. Others are fueled by a distaste for the corporate world.

The Sustainable Agriculture Education Association estimates that at least 55 campuses have student farms and gardens.

“It is definitely trendy right now,” said Charlotte Clark, an environmental sciences professor who taught the class that created Duke Campus Farm in 2010. Part of its mission is to place foods and crops at the heart of education. Professors use the farms to supplement traditional classroom teaching.

Clark’s students spent fall semester designing a garden from which fresh herbs will be harvested for culinary and medicinal purposes.

Carl Heinz, a junior from Chicago attracted to Duke’s environmental studies and science programs, was among four students working on that design.

Like other students who find ways to make hands-on experiences part of their course of study, Heinz gets academic credit for his work at the farm. He says he is also learning practical skills important to his career ambitions.

Beyond the practical, there is a growing sense among students and faculty across the country that research universities and liberal arts programs can and should play a role in reshaping American agriculture.

Each farm has a different mission. Each school offers its own experience.

TASTE OF THE EARTH

At Duke Campus Farm, where heirloom peanuts have been harvested recently and the summer’s bounty of peppers was put up in jellies and hot sauces, dozens of students and community volunteers meet regularly for workdays.

Saskia Cornes, farm manager and program coordinator, started work at Duke in May after studying and teaching about sustainable agriculture at Columbia University in New York City, the University of San Francisco and the University of California at Santa Cruz.

“We’re not a farmer training program,” Cornes said. “We try and demonstrate best practices and demonstrate models that will bring positive changes in the ways we grow, eat and think about food.”

Since its inception, Duke farm has provided thousands of pounds of produce each year to campus dining halls, the campus farmer’s market and to employees, students and community members who receive boxes of produce as CSA members.

The farm also led to collaboration on some unusual events.

Earlier this fall, Thomas Parker, a visiting professor from Vassar College in Poughkeepsie, N.Y., put on a program that offered Duke students a “goût de terroir,” or taste of the earth.

Parker and Duke faculty members from Romance Studies, Women’s Studies and Classical Studies set up a smokehouse on the main campus. As they prepared such fare as goose pastrami, pecan-smoked pigeon and more for the tastings, the campus farm supplied greenery and sweet potato leaves for the smoker.

As part of the culinary experiment, students tried cheeses that smelled like stinky feet because they likely had some of the same bacteria. That project led to more unusual creations – gin made with ants, fish sauce made with crickets and wild orange marmalade.

The idea was to get people talking about food and food politics.

In late October, Mary Eubanks, an adjunct professor of biology, spoke to a group gathered at the farm about her work breeding organic hybrid corn and the crop’s importance in the global food system.

Duke Campus Farm is a test site for her research. There, students and volunteers get a firsthand look at her work to improve food security in places such as Sudan, where farmers have grown her corn through a partnership fostered by Duke Divinity School contacts in the Nile Valley.

Eubanks enjoys talking to students about her work. Students often shift the talk to the hot-button environmental and political issues surrounding genetically modified foods, or GMOs. Eubanks is not growing modified corn, but students turn to her for a deep discussion about GMO foods.

While proponents point out that genetic modifications can guarantee farmers a crop in times of drought, floods, disease and insect infestations, critics worry about the potential health risks that have shown up in livestock feeding on GMO crops. They note that genetic modifications call for biotechnology that can put too much power in the hands of corporate agribusiness – in conflict with the interest in sustainable agriculture and regional food systems that is spurring interest in college food studies.

“It’s exciting that these programs are coming up,” Eubanks said.

The excitement crosses campus borders. Students at Duke can take classes at N.C. State University in more traditional agricultural programs or at UNC-Chapel Hill, which has a campus garden near downtown where students, faculty and community members grow fresh produce.

Marcie Cohen-Ferris, an associate professor in UNC’s American studies department, said a meeting was held recently to talk about a universitywide collaboration on food studies that goes beyond cooking, farming or even learning the restaurant business.

UNC students want to learn how to shape policy and lead research that addresses a critical need for more sustainable food systems, Cohen-Ferris said. They want to study food as it relates to culture, environmental studies, sociological issues, public health and more.

“The interest is bigger than it’s ever been,” Cohen-Ferris said. “It’s explosive.”

FOOD AS A GREAT UNITER

Many educators and observers expect community gardens and farms to crop up more and more as students seek hands-on learning before taking their interests to communities that could benefit from small farms, markets, research and other ventures borne from this evolving curriculum.

Lora Smith, who is finishing up her graduate work at UNC under Ferris, gravitated to the folklore program’s food courses because they offered an intersection between two of her key interests: how food relates to her family history and to social justice movements.

Smith and her husband, Joe Schroeder, see food and small farms as economic engines in rural areas where some of their community organizing ventures have taken them.

They plan to homestead on land they own in Kentucky and hope to build a model that might offer others in the impoverished coal country ideas for a new economy.

With one small child and another on the way, Smith and Schroeder will use knowledge they’ve gained as students and organizers to grow their own food their first year while they telecommute to jobs outside Kentucky.

Soon, they hope to be growing enough on their land to take extra to local farmer markets, all the while building community.

“Food,” Smith said, “is one of those great uniters.”