Captain Comics: 2015 Movies from Comics mess with the Originals 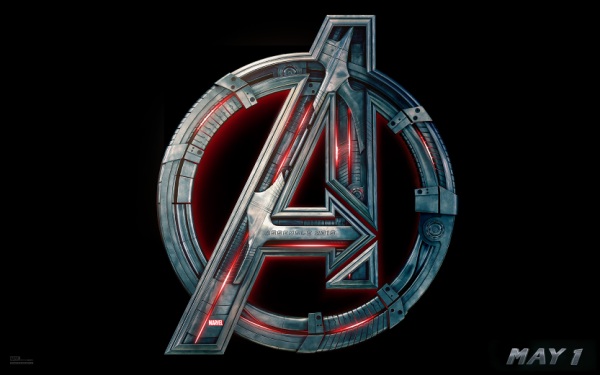 Where have all the comic book movies gone?

The last few years, as pained and irritated movie critics have so often reminded us, have been chockablock with big-budget movies based on comics, most of them superhero titles. But in 2015, there are only four comics-based movies on the schedule.

However, none of those concepts began in comics (although most of them made it there eventually). From the medium that has given us the biggest blockbusters of the last decade, all we have in 2015 is “Ant-Man,” “Avengers: Age of Ultron,” “Fantastic Four” and “Kingsman: The Secret Service.”

“Ant-Man,” premiering July 17, is something of a mystery. The narrative Marvel Films established for the Avengers movies negates much of the Marvel Comics character’s background, so how they’ll play the Master of Many Sizes will be a surprise even to those who know a lot about him.

In the comics, Ant-Man premiered in the early 1960s, Marvel’s breakout era, alongside Thor, Iron Man, Hulk, X-Men, Fantastic Four and Spider-Man. Debuting in 1962, Ant-Man was Dr. Henry Pym (the name was a nod to an Edgar Allan Poe story), a multi-tasking sort of scientist who invented not only a shrinking serum but a way to talk to ants. After launching a career as the superhero Ant-Man, Pym recruited his girlfriend, socialite and heiress Janet van Dyne, as The Wasp, giving her the power to shrink and grow tiny wings, plus a compressed-air, wrist-mounted weapon called “The Wasp’s Sting.” Shortly thereafter, in 1963, the two of them helped found the Avengers, along with Hulk, Iron Man and Thor.

“What’s that?” you say. You don’t remember Hank and Jan from the “Avengers” movie? Maybe they were too small to see ….

Actually, they were completely left out. Which means that all of the things that happened to Henry Pym as an Avenger in the comics haven’t happened in the movies. Including the Ant-Man powers being used by two successors, Scott Lang and Eric O’Grady. Including the invention of a growth serum, resulting in characters (some of them Pym) named Giant-Man and Goliath. Including Hank’s evil turn (and later good one) as the character Yellowjacket. Or Pym’s invention of Ultron, the evil artificial intelligence, and his subsequent invention, the synthezoid (and future Avenger) The Vision.

Hank Pym does make it into the movie, as an elderly scientist who may have already have had a very quiet career as Ant-Man (played by Michael Douglas). No character named Janet van Dyne is in the credits, but daughter Hope (Evangeline Lilly) debuts, and let’s hope she gets small and grows wings. Scott Lang (Paul Rudd), makes the cut, as does Yellowjacket (Corey Stoll).

How all this fits together is anyone’s guess. However, given that Rudd is mostly known for comedies, we have an idea as to tone. Plus, there’s the first trailer Marvel released … which was deliberately too small to see.

“Avengers: Age of Ultron” (premiering May 2) gives us Ultron as the invention of Tony “Iron Man” Stark, which actually makes a lot of sense. (Pym’s a biochemist, Stark’s an engineer — who’s more likely to build a robot?) In the comics, Ultron hates the entire human race, and especially his “father,” Hank Pym. His greatest ambition is to wipe out us puny humans, and has come perilously close to doing so several times. Substituting Stark for Pym doesn’t substantially change that narrative, and promises a problem even the mighty punching powers of Hulk, Thor and Iron Man can’t solve.

“Age of Ultron” introduces Quicksilver and Scarlet Witch, two characters with long runs in the comic book “Avengers.” Pietro and Wanda Maximoff are mutant twins from eastern Europe, the former with the power of super-speed and the latter with the ability to affect the laws of probability. Since there are no mutants in Marvel Films (Twentieth Century Fox has movie rights to Marvel’s mutant X-Men), how they get these powers has yet to be described.

Interestingly, when Quicksilver and Scarlet Witch joined the Avengers in 1965, many of the founders took leaves of absence, leaving a team of Pietro, Wanda, Hawkeye and Captain America. This famous transition from Marvel’s power players to “Cap’s Kooky Quartet,” which occurred in a story titled “The Old Order Changeth,” is legendary among comics fans, and could well repeat in the movie.

“Age of Ultron” gives us The Vision as well, the android created by Ultron to infiltrate the Avengers in the comics in 1967. In those comics, Vision — with the power to alter his density — had a change of “heart” and helped take down his “father.” The odds are pretty good that much the same will happen in the movie.

Meanwhile, Fox’s third stab at Marvel’s First Family arrives Aug. 8. “Fantastic Four” is even more of a puzzler than “Ant-Man,” in that the movie seems to bear only the most superficial resemblance to its source material.

For example, in the comics Johnny “Human Torch” Storm and Susan “Invisible Woman” Storm are biological siblings. That won’t be the case in the movie, given that the actor playing Johnny (Michael B. Jordan) is black, and the actress playing Sue (Kate Mara) is white.

Further, in the comics Victor von Doom is the dictator of Latveria, a small European country, and has mixed science and sorcery to become one of the most deadly human beings on the planet. In the movie, he’ll be a disgruntled computer programmer named Victor Domashev (Toby Kebbell).

In the immortal words of Ben “The Thing” Grimm: “Wotta revoltin’ development this is!”

One likes to be optimistic at times like this, and reserve judgment until the movie comes out. But many fans are already up in arms, and talking boycott. And, honestly, any movie that reduces Dr. Doom — whom many believe to be the inspiration for Darth Vader — to a message-board troll may deserve to fail.

Lastly there’s “Kingsman: The Secret Service,” which actually comes out first, on Feb. 13. It’s a stand-alone story unrelated to any superhero universe, based on a graphic novel by writer Mark Millar and artist Dave Gibbons. It’s a sort of “what if James Bond really existed?”

Because, let’s face it, if Bond existed, you’d never hear about him. What kind of spy is so famous everyone knows his name?

In the graphic novel, Gary is a working-class Brit with a dead-end life who thinks his Uncle Jack has something to do with investigating credit-card fraud. Imagine his surprise when Uncle Jack reveals himself to be not just a secret agent, but a super secret agent, so amazingly competent that nobody has even heard of him or his agency. And he wants to train Gary to join him.

The movie will follow much the same path, as Harry Hart (Colin Firth) recruits loser Gary “Eggsy” Unwin (Taron Egerton) to be a “King’s Man” just as a Bond-level villain named Valentine (Samuel L. Jackson) launches his master plan. As if that isn’t enough, Mark “Luke Skywalker” Hamill makes an appearance as well!

And that’s it for the comics-to-movie offerings in 2015. There’s nothing from DC Comics, who are working on “Batman vs. Superman: Dawn of Justice” for 2016. There’s nothing on the X-Men or Spider-Man fronts, although Fox certainly has plenty in the pipeline.

So where have all the comics characters gone in 2015? Well, mostly to TV. But that’s another column!