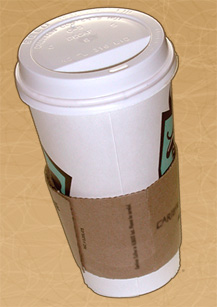 University junior Hillary Tolson follows a strict routine: two cups of coffee every day, always a regular and a latte. And she’ll only get them from two places: Einstein Bros. Bagels on campus or a nearby Starbucks. Surely there’s a science to her choosiness.

“The cups look nice,” she says. “At Davenport [Lounge on campus] they have that plain white Styrofoam. You don’t want that.”

Young adults like Tolson form the fastest-growing segment of coffee drinkers in the country as they come for the caffeine and stay for the cool factor – or vice versa. Coffee consumption in the 18- to 24-year-old age group is expanding like none other, jumping by more than 18 percent in 2005, according to a National Coffee Association survey.

Coffee has made a resurgence overall in the last decade after struggling for much of the latter half of the 20th century. According to author Mark Pendergrast, who wrote a book chronicling the history of coffee, it was relegated to “housewives and hairy businessmen” in the 1950s, when soda became popular with everyone else. Its comeback came in the 1990s when a new generation of coffeehouses, with their inviting couches and diverse menus, sprung up across the country. Just as they were in London and Vienna of the 17th century, coffeehouses reign once again as social hot spots.

They also answer the needs of college students. As they find new work loads and social demands, they want ways to stay awake and places to hang out.

“For the last 10 years, it’s been gathering in popularity,” Pendergrast says. “You don’t need to get drunk to have a good time socially. It’s a good place to gather. It’s a very positive thing that coffee is popular. It’s a way to study in a pleasant environment.”

But for Tolson, it’s more than just what’s in her cup, emblazoned with the green mermaid stamp of Starbucks approval, of course. Who cares about the beverage when there’s the ambiance of the coffeehouse?

“Oh my God, the music,” she says of the Starbucks experience. “That’s a whole part of being here. I feel so sophisticated. It’s that jazzy music.”