5,000 Years of Chinese Music and Dance in One Night! 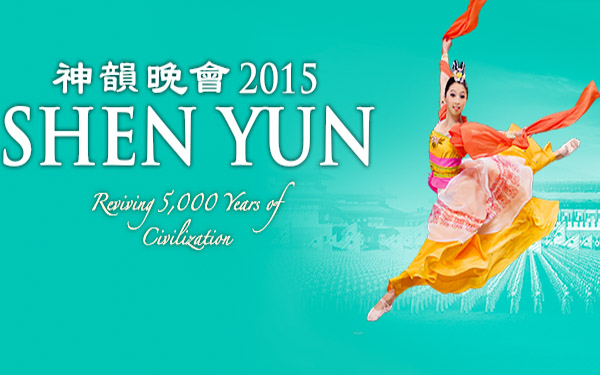 “Shen Yun” is a gorgeous show that features classical Chinese dancers and musicians who showcase the rich history of China with ethnic and folk dances, stories and humor. Each year, the artists travel around the world from city to city, and this year they will be in Southern California from January 22 through February 27.

Audiences that have attended past performances have described “Shen Yun” as breathtaking, spectacular, unbelievable, inspiring and more. The 2015 show will undoubtedly make audiences react the same way, with its new lineup of dances, songs and musical scores.

The show strives to revive 5,000 years of Chinese civilization and virtues. According to the Shen Yun Performing Arts website, China’s traditional culture was almost completely destroyed after more than 60 years of Communist rule.

Now, audiences will be able to witness several mini-drama acts that are based on stories and legends from China’s 5,000-year history. Each dance is less than 10 minutes long, and they will recount ancient myths, legends, heroes, etc. that embody traditional Chinese values.

Perhaps one of the most astonishing things about “Shen Yun” is the artistic design of the show, especially that of the set and costumes. Audiences will experience beautiful, animated backgrounds with intricate landscapes. The Himalaya Mountains, luscious green trees and vegetation, golden hills and bright blue lakes make up the backdrops for each dance piece.

As gorgeous as the backgrounds are, the costumes in “Shen Yun” are like flowing art pieces. The costumes range from the clothing emperors and ministers would wear to the everyday clothing of common people with imperial dragon robes, phoenix coronets, cloud capes, gowns, headdresses and more.

Audience members have described the show as a deeply spiritual and moving event. Now’s your chance to experience the grace and wisdom behind China’s culture by experiencing the magical world of “Shen Yun.”

"Shen Yun 2015" will have the following performances at the listed locations in Southern California: