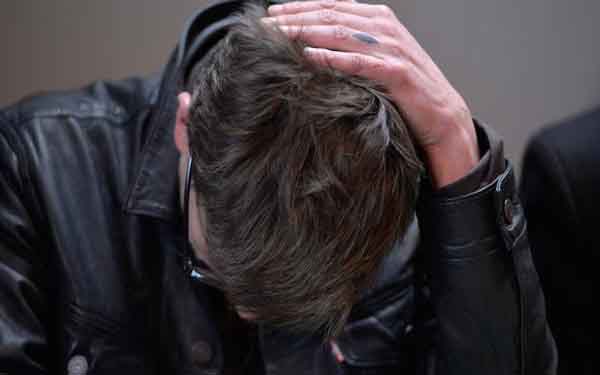 At an emotional briefing Tuesday, staff members from French publication Charlie Hebdo described the motivation behind their latest issue due out Wednesday, the first since the deadly attacks last week on the satirical magazine.

Gerard Biard, the editor in chief, said the new edition was produced “with pain and with joy,” and noted that 3 million copies will be published in multiple languages in contrast to the usual run of 60,000.

He and cartoonist Renald Luzier, known as Luz, displayed the edition’s cover, which shows a frowning prophet Muhammad holding a sign that says, “Je suis Charlie” — “I am Charlie” — under the headline, “All is forgiven.”

Luzier described how he came up with the drawing following last week’s attack, blamed on two Islamist brothers later slain by police. Eight staff members were among the dozen people killed in the assault.

“I said to myself, we must do a drawing that above all makes us laugh, and not one on the emotional charge we are victims of,” he said.

Luzier referred to a firebombing attack on Charlie Hebdo in 2011, saying he chose Muhammad as the subject because “he is a character that got our offices burned, and a character who at first got us treated as the great white knights of the freedom of the press because the offices had burned down. Then a year later when we redrew the character we were treated as dangerous, provocative and irresponsible.”

He drew Muhammad crying, he said, and then cried himself.

“This Muhammad is so much nicer than the ones the terrorists brandish,” Biard said, holding the cover aloft. “He’s sympathetic. Look at him, he’s crying!”

It was one of the few light moments during the emotional briefing, during which Luzier repeatedly choked up and paused, or rubbed tears from his eyes.

Luzier, who has worked at the magazine for 20 years, was displaced from his office along with the rest of the magazine’s staff as police continued their investigation into last week’s attack. They have been working this week in borrowed offices at the newspaper Liberacion, where they held Tuesday’s briefing.

The day of the attack, Jan. 7, was Luzier’s birthday, and he was running late and arrived after the attack to see bodies on the ground.

While he conceded that the cover of the latest issue is provocative and “there are risks,” he was firm in his resolve to keep drawing.

“We can’t remain silent,” he said.

“We trust people’s intelligence, their sense of humor.… People who committed this attack are just people who lack humor,” he said.

“Yes I am Charlie. But I am also a cop. I am Jewish. I am Muslim. And I am atheist,” he said, speaking figuratively.

He spoke of “complicated emotions” following the attack, about colleagues still struggling with the emotional impact who he hopes return to work soon.

If the press thrives, he said, “we have really won.”