Eric Church, AC/DC, Ariana Grande and others to perform at the Grammys 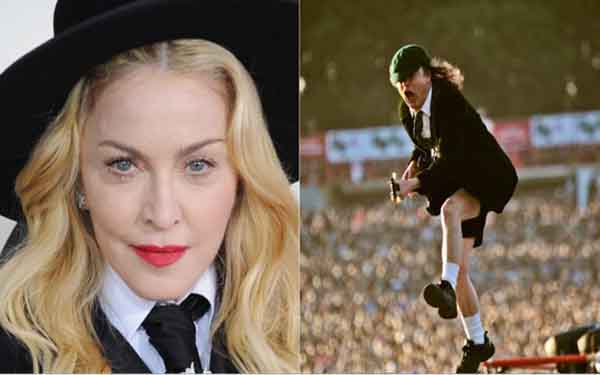 Madonna and AC/DC are among the artists slated to perform at the 2015 Grammy Awards.
(Credit: Jon Kopaloff/Getty; Christie Goodwin/Getty)

The more veteran artists, however are among those with the biggest buzz. AC/DC was just announced as the headliner for this year’s Coachella Valley Music and Arts Festival, where their stomping ‘70s rock is just retro and populist enough to please hipsters and mainstream rock fans alike.

Madonna’s electro-infused album “Rebel Heart” has seen ups and downs in its release plan — tracks leaked, a surprise portion of it made available on iTunes, a questionable marketing campaign where she wrapped pictures of human rights leaders in what looked like bondage cords. But her star power is undeniable and she’s still driving the pop conversation.