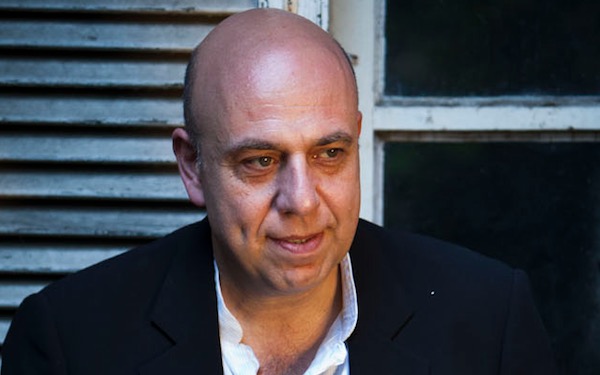 Flowing through the veins of the human race is an underscored layer of dissatisfaction. Having enough is never enough, and as a result, greed is invented and becomes an inherently uncontrollable driving force in our day-to-day lives.  It is in that haze of greed where Italian director Paolo Virzí has characterized the consequence of that tireless beast that rests inside us all, in his intimate, yet wide-reaching thriller, Human Capital.

Breaking away from the structure of its source material, the best-selling novel by Stephen Amidon, Human Capital follows the entangled lives of three people by splitting the narrative into subjective chapters, admittedly inspired by Rashomon (1950), to capture how one stranger’s death can throw them all together and apart at the same time in a domino effect of human nature.

We have Dino, (Fabrizio Benivoglio) a family man who looks on at the wealth of others with great envy, leading him to invest money he doesn’t have into a hedge fund. Then there’s Dino’s teenage daughter Serena, (Matilde Gioli) a beautiful girl whose spoiled boyfriend isn’t the kind of love she wants anymore. And finally, there is Carla, (Valerie Bruni Tedeschi) the mother of Serena’s boyfriend and unhappy wife of the millionaire who runs the hedge fund Dino lies himself into. It’s messy, it’s tangled, and it’s life.

While Amidon’s novel is based in America, Virzí saw its themes as a perfect fit for the changing social behavior in Italian culture. As the writer/director explains, “While I was reading Human Capital I started to think that the Connecticut he was describing, the unhappiness concealed by the ostentation of wealth, was very familiar to us Italians, too. I wanted to get my hands on it and use it as a starting point, freely, to make a film about today’s Italy.”

Even still, Virzí does more than simply explore Italian life; he illustrates how we weigh ourselves against others, where we stand on the scale of success next to our fellow man. The way we measure worth in a person is called human capital, and unfortunately that worth has become defined by material wealth.

Virzí attests to this shift in perception: “Italy’s cultural heritage, our identity, has traditionally been humanistic. But this film talks about how the Italians have changed, losing some of their prerogatives to become slaves to ambition, competition, and greed.”

On the same token, it makes sense that some of these people are unhappy. Every character is overridden with the idea, in some form or fashion, that they are pathetic and trapped in their own lives, because they truly are.

Carla for instance, despite her beauty and willingness to be a part of her husband’s life, can’t get earn a single glance from him. She becomes another object in her own household. It is in her desperate acts attempting to escape her misfortune, however, that lead to heavier downfalls. Even Serena, who isn’t driven by greed or ambition, but rather hopelessness, is pushed to the edge of destruction because of an ill-fated decision.

“There are no good guys in the film. Even the victims, the poor kids oppressed by their parents, are not innocent… In other words, we thought it would be interesting to talk about controversial people caught between the tragic and the ridiculous,” said Virzí. “Characters that make us suffer. But the ones who are most caught up in the balancing act between the human and the inhuman are the two fathers of the film: Dino Ossola, Serena’s father, the pathetic social climber who hopes to find a way to win the bet that will solve their problems. And Giovanni Bernaschi, the Junk Bond King, cynical, worshipped, and triumphant, who at a certain point starts looking like a man of the utmost integrity, unwilling to compromise to help his son, but at the same time maybe he doesn’t help him because he deeply detests him, because he’s not the ‘winner’ he had hoped his son would be.”

Although there is much suffering, and a lot of questions are raised about the implications of this perception of self and others that has become standard today, Virzí made sure to employ a dash of coy wit that appropriately emphasizes the absurdity of our changing ways. Perhaps it gives us hope for a better future, but more importantly it demonstrates that an ability and a light still remains in us that can get out of these harrowing shadows of self-doubt.

As Virzí explains, “It’s the imperfections of human nature that make it interesting to narrate. Desperation leads people to make mistakes. We were interested in narrating these people with their flaws, but also with an undercurrent of compassion.”

Click Here for theatre locations and to purchase tickets.