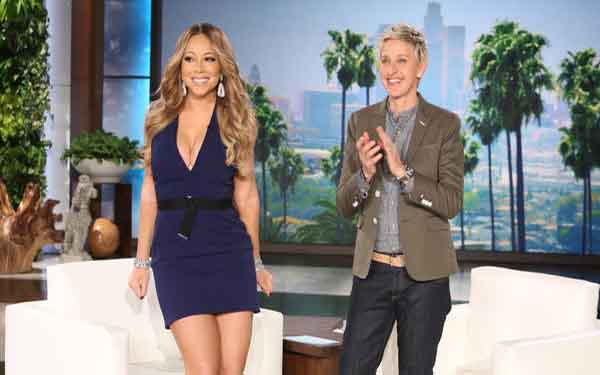 The singer has announced a headlining residency at the Colosseum at Caesars Palace. Carey’s production will launch in May, according to Caesars Entertainment.

Inspired by her greatest hits album, “Number 1’s,” the show will package all the pop diva’s smash hits — all 18 No. 1s are included — along with fan favorites and songs she has yet to perform live.

“I have so many ideas for the show that I’m currently working on and am excited to perform all of my No. 1 singles together for the first time and others that are very close to my heart,” Carey said in a statement on Thursday. “My songs are the soundtrack of my life and I can’t wait to share them with my fans on stage.”

To coincide with the new show, Carey will reissue her hits compilation.

The reworked edition will include the No. 1s she has amassed since the set was released in 1998 — “We Belong Together” and “Touch My Body” among them — along with new music. Carey plans on releasing the album later this year.

Rumors recently surfaced that Carey was among the names being courted by Caesars to fill in for Celine Dion, who is taking a leave from her massive production to care for her ailing husband.

The news of a Vegas show comes at a strange time for the “All I Want for Christmas Is You” singer.

Carey’s live offerings, especially as of late, have been incredibly shaky. Her vocal performances on a recent Asian leg of her tour were heavily scrutinized and her showing on the “Christmas in Rockefeller Center” special went viral for all the wrong reasons.

And then there’s the music. Her last album, “Me. I am Mariah … the Elusive Chanteuse,” was hampered by numerous stalled singles and delays and ultimately opened with weak sales.

But the show could reinvigorate the singer’s brand. Her shows are often over-the-top — in a great way — and Vegas is the perfect stage for a performer who has perfected glitz and glamour.

Carey will make her Vegas debut May 6. Dates for the first 18 shows have been announced and are currently on sale.