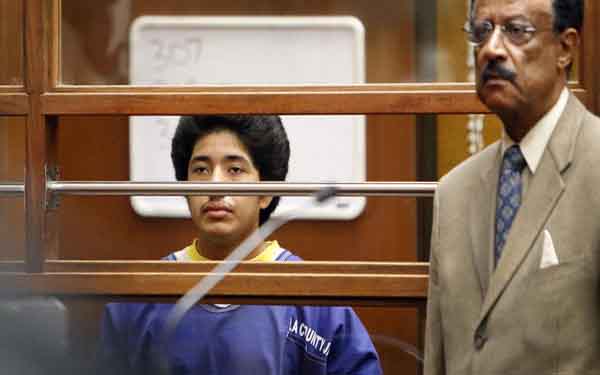 Three teenagers accused of killing a USC graduate student near the campus should stand trial on murder and robbery charges, a judge ruled Thursday, citing overwhelming evidence against them.

Each faces one count of murdering Xinran Ji as well as a special-circumstance allegation that the killing was committed during an attempted robbery. Guerrero and Ochoa are also accused of using a dangerous weapon — a blue metal bat — in the attack.

Ji, 24, was the third USC student from China killed near the campus in two years. All were graduate students studying engineering, and their deaths raised safety worries among the campus' 3,000 Chinese students and their relatives back home.

Guerrero, 16, and Ochoa, 17, are also charged with robbery, attempted robbery and assault in connection with another attack at Dockweiler State Beach a few hours after Ji was killed. DelCarmen, 19, was driving the group that night, according to testimony in the case, but is not charged in the Dockweiler Beach incident.

During the preliminary hearing, Deputy Dist. Atty. John McKinney played security videos of the attack on Ji that took place a few hundred feet from the USC campus. Ji, who was returning from a study session just past midnight July 24, could be seen on the footage fleeing down Orchard Avenue before he was caught by several people and beaten. A roommate found Ji's bloodied body in his bed the next morning.

The three defendants bound for trial were accompanied in the car by two others: Andrew Garcia, 19, and a teenage girl, according to testimony. Proceedings against Garcia were suspended pending a hearing to determine his mental competency. The teenage girl, who prosecutors said was not involved in Ji's killing, has been charged separately as a juvenile in connection with the Dockweiler Beach incident.

Garcia and Ochoa admitted in police interviews that they confronted Ji, but their accounts of the attack differed. Garcia said Ochoa used the end of the bat to jab Ji, LAPD Det. Paul Shearholdt testified, while Ochoa claimed "Andrew took the bat and hit [Ji] everywhere."

Garcia and Ochoa also gave written statements to police detailing their role in attacking a man and a woman at Dockweiler Beach.

"Tried robbing the guy for his money with my fist," Ochoa wrote in a document that was presented in court Thursday.