Selma is a fitting tribute on Martin Luther King Day 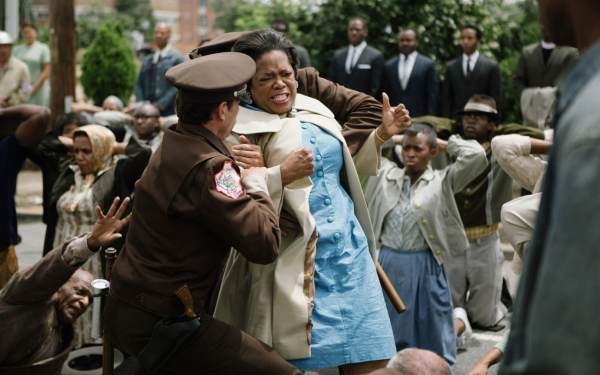 “Selma” is an effective recreation of the politics behind King’s nonviolent movement, as well as the toll King’s mission took on his marriage and his personal life. The movie, directed by a black woman, Ava DuVernay, focuses on events leading up to King’s successful march in Selma, Ala., that galvanized public support behind the Voting Rights Act President Johnson ushered into law in 1965.

“Selma” is rendered poignant by David Oyelowo’s extraordinary performance, which captures King’s style, inflections and persona to perfection. You could almost believe King was portraying himself. It’s criminal that Oyelowo was unfairly overlooked in the Oscar nominations for best actor, as was DuVernay in the best director category. Though “Selma” did get a couple of nominations, it deserves many more.

The events portrayed in “Selma” should be a standard part of the education of every American high school student, yet 50 years later it is sometimes still contentious to bring civil rights history into classrooms. King is indisputably a seminal figure in American history. Extraordinarily, “Selma” is the first major Hollywood biopic devoted to him.

During his lifetime, King was the country’s premier civil rights leader. But while he was beloved internationally, he was also despised by millions in his home country. He was under continual surveillance by the FBI, and lived under the constant threat of assassination. King did not live to see the day when politicians from both major parties sing his praises.

King’s legacy has two major aspects. America remains significantly more comfortable with one aspect than the other.

It’s popular to honor King for his personal courage and his nonviolence. The passage of time reinforces the fact that King’s moral convictions were entirely on the right side of history. Martin Luther King Day commemorations have sometimes become happy, celebratory occasions by emphasizing King’s benevolence.

What’s harder to swallow for some people is how wrong America was during his time. American values were so distorted that a lot of white Americans supported legal segregation. It remains problematic for many patriotic Americans to acknowledge how deeply the country betrayed its own stated ideals.

King’s legacy still compelled political battles through the 1970s and ‘80s. Americans with guilty consciences abhorred the duty to honor him. President Reagan reluctantly signed the federal holiday honoring King into law in 1983. The last state to sanction King Day was South Carolina in 2000.

“Selma” provides an opportunity to look back. But this Martin Luther King Jr. Day in particular, we also have to look at current injustice. The movie arrives at a time when the country has been riveted by a nationwide movement against police brutality. No one can doubt on Jan. 19 that King remains relevant — and his work unfinished.

Darryl Lorenzo Wellington is a poet and journalist in Santa Fe, N.M.

This article was prepared for The Progressive Media Project and is available to Tribune News Service subscribers. Tribune did not subsidize the writing of this column; the opinions are those of the writer and do not necessarily represent the views of Tribune or its editors.