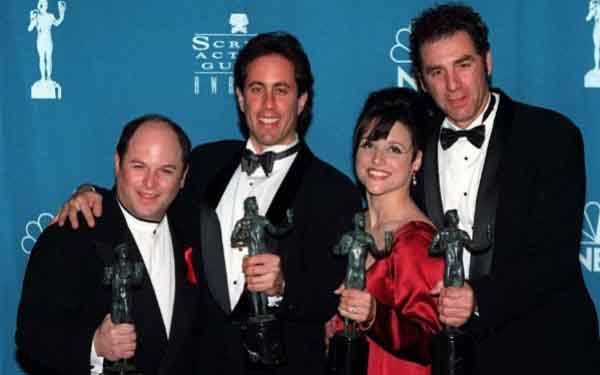 HACKENSACK, N.J. — The shower scene from “Psycho” elicits many responses. They typically don’t include commentary on dissociative identity disorder and obsessive compulsive disorder, however. But that’s exactly what went on at a lecture hall at Rutgers.

Dr. Anthony Tobia uses pop culture — from comics to “Seinfeld” to “Psycho” and the other films screened in his recent course creation “Film Depictions to Learn Mental Disease” — to engage students in his field.

“Most of our students do not come to medical school believing they are future psychiatrists,” said Tobia, associate program director of psychiatry at Rutgers-Robert Wood Johnson Medical School. “Even those that show an interest, the vast majority go on to pursue other disciplines other than psychiatry. I direct courses that are the last chance for my non-psychiatry future residents to learn and therefore be able to employ psychiatry.”

This idea is vital at a time when the country is struggling with the ability to meet the needs of the mentally ill. The key to this education is getting medical students enthusiastic about learning psychiatry.

“We’re not going to be able to allow our family practitioners, our internists, our surgeons to uncover and then treat mental illness unless it’s learned,” Tobia said. “And it won’t be learned unless our students are engaged.”

It is important for general practitioners and specialists in other medical fields to identify mental illness and know how to care for a patient.

“The first resource that most people who either are personally affected by mental illness, or have a loved one with a mental illness, reach out to is a primary care provider,” Aruna Rao, associate director of National Alliance on Mental Illness of New Jersey, said in a statement. “It is relatively uncommon for people to reach out to a mental health provider first. Because of this, it is necessary for primary care physicians to be educated about mental health disorders, and to refer clients to mental health experts as needed.”

So Tobia taps into entertainment to help facilitate the education. Recently, Tobia received considerable attention for a class that uses “Seinfeld” episodes to teach psychiatry. Last year he started a different course that takes a step further out of the box and adds a social media component.

Film Depictions to Learn Mental Disease (FIDLER) has psychiatric residents, medical students and undergraduate psychology students attend movies and tweet their observations with the Twitter feed appearing on the screen. The idea came to Tobia when he watched “pop-up” versions of “Lost,” where the screen showed insight and comments from writers and fans.

“I just thought if you can do that and change the quality of television, why wouldn’t an educator do the same thing but with very focused educated tweets?” he said.

In Film Depictions class, Tobia, the residents and students diagnose psychiatric illness, ask questions and make observations via Twitter. It’s interactive, social and the medical issues are being acted out in front of the students.

“We’ve giving a more concrete representation of how it would appear — not just reading about it and learning about it in an abstract or conceptual way,” said fourth-year medical student Ralph Fader, who took the class last year and now helps Tobia choose films for the course. “You’re actually getting a representation of patterns of speech or behavior that then you can look for in your patient.”

This year’s films include “The Matrix,” “Forrest Gump,” “Silver Linings Playbook,” “The Rocky Horror Picture Show” and “War of the Worlds.”

At times, the Twitter feed can get overwhelming. During the shower scene in “Psycho,” tweets flashed almost too quickly to read.

“Cleaning up mom’s mess, obviously not for the first time, what an interesting relationship. #FIDLER_Psycho”

After the movie, the class discusses the issues in the film. Students can also go on Twitter and search the hashtag to review other people’s observations if they missed them during the movie. Students also submit a blog of observations to Tobia, who hopes to get put on a new website soon.

The course began last year with fewer than 50 students and, this year, with the addition of the undergraduates, has between 300 and 400, according to Tobia.

“When people are having fun doing something, especially when it comes to education, you are bringing that particular area of medicine alive for them,” said chief psychiatric resident Dr. Tom Draschil, who helped create the class with Tobia and runs the Twitter feed during films.

While all films offer something, choosing the best ones is important. The team of Tobia, residents and medical students avoid those with stereotypical, over-the-top depictions of mental illness. They must keep the films to a manageable length — ruling out those 2 1/2- to three-hour epics — and they must also be realistic about sex and violence.

“We wouldn’t do something like ‘Basic Instinct,’” said Draschil. “Nudity is going to detract from education, even among very, very mature med students. They’re still going to be like, ‘Hey, that person’s naked, I forgot what I was trying to learn.’”