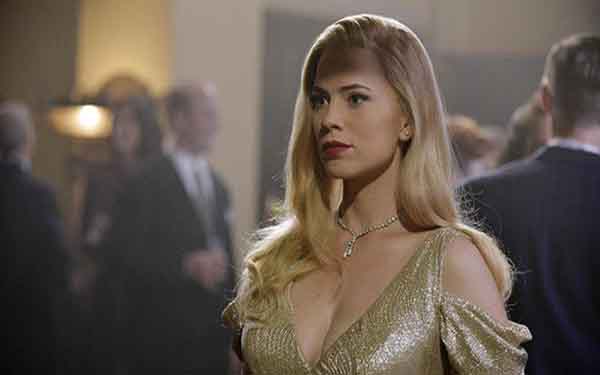 BEIJING — U.S. TV shows including “Agent Carter,” “Empire” and “Shameless” have suddenly been removed from Chinese video streaming sites this week, a sign that government regulators are pressing ahead with vows to exercise greater censorship of online video content.

Until now, popular U.S. TV shows — everything from “Two Broke Girls” to “Mad Men” — have been available online with Chinese subtitles within hours of their stateside broadcast. Portals including Sohu, Youku and iQiYi have been snapping up the rights to American series, as well as South Korean and other foreign programming.

The exploding popularity of online video sites in China, with paid rights, has been a boon for foreign producers, who for years struggled to combat piracy activities.

But China’s State Administration of Press, Publication, Radio, Film and Television said last year that instead of portals being allowed to post foreign shows episode-by-episode as they are made and broadcast overseas, they would have to clear an entire season of shows with censors before the programs could be put online. (TV programs made in China are typically broadcast only after the entire series is recorded and reviewed by censors.)

The regulator also said that foreign shows could only account for a third of all programming on online portals.

The agency made no official statement Wednesday on the move, which was first reported by Chinese entertainment sites including Mtime.com, and it was unclear if regulators objected to specific content in the programs or were enforcing the new rules across the board.

On Wednesday, fans of the removed programs left messages online on the portals, complaining they had been able to watch the first several episodes of series such as the new Marvel/ABC production “Agent Carter” and Fox’s “Empire,” but on Wednesday suddenly found them inaccessible.

Series such as Netflix’s “House of Cards” that are released in full-season sets are apparently not affected by the regulations.

As of last spring, Sohu carried about 75 U.S. shows, more than any other portal. A representative for Sohu said Wednesday that company officials had no comment. A Youku spokesman, Jay Chen, refused to discuss whether the portal had been asked to take shows offline but said the company had a “wide variety of content” on its platform that served customers with a “balanced mix” of user-generated, partner-generated and syndicated content as well as in-house productions.

Luo Lan, who keeps tabs on the online video market for research firm Analysys International, noted that online players including Tencent and iQiYi have been trying to acquire rights to more British and American programs to boost the popularity of their sites.

She said it was unlikely that China’s online players would stop playing foreign TV shows altogether but that they might cut the prices paid to foreign producers if they had to wait to air any episodes until the full season was approved by censors.

That’s because some percentage of viewers, if forced to wait weeks or months for their favorite shows, would likely seek “alternative” means of seeing them, she said, such as pirated versions.

Nicole Liu in the Times’ Beijing bureau contributed to this report.