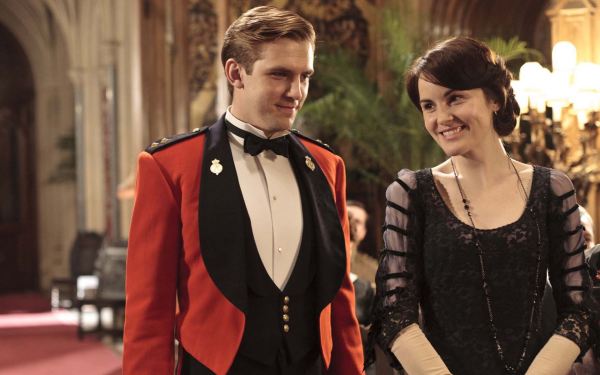 Editor’s note: This is a story about the deaths of TV characters on TV shows already broadcast. If such information is a spoiler to you, consider this fair warning.

BEVERLY HILLS, Calif. — Times have never been more dangerous for characters on scripted prime-time series. Earlier in television’s history, series regulars rarely got killed off. It’s why the death of Henry Blake (McLean Stevenson) on “M*A*S*H” had such an impact.

Nowadays, the Grim Reaper is a frequent visitor to prime-time.

Starting in the late 1980s, death usually stalked his prey most often during sweeps months — February, May and November — but now he is ever present, happy to cut down leading characters during a midseason finale (bye-bye, Beth, on “The Walking Dead”) or even at a seemingly random point in the season (RIP, Will Gardner, murdered in a courtroom shooting on “The Good Wife” last March).

And it’s not just supporting players. HBO’s “Game of Thrones” shocked viewers (at least those who hadn’t read George R.R. Martin’s books) by killing off its leading man played by actor Sean Bean in the show’s first season.

“Since then I have noted an increase in the offing of series regulars,” said HBO programming president Michael Lombardo. “In some instances I think they’ve been spectacular, dramatic moments and in others they feel a little pushed.”

Thus this question: Are we reaching a point where death, what William Shakespeare called “the undiscovered country,” has become discovered and settled?

Or, in other words, has death lost its meaning?

“I worry that we’re getting to a point of oversaturation of anything and everything that you could possibly do on television, including killing series regulars,” said FX Networks CEO John Landgraf.

Heck, even CBS sitcom “How I Met Your Mother” killed off its title character not long after introducing her in the series finale last year, leading some viewers to wonder why they had invested in a show about the mysterious identity of a mother.

“One of the things I’ve always said to our creators and showrunners is, don’t underestimate the equity you’ve built in a character, how hard you and the actor worked to create that equity,” Landgraf said. “If you’re going to kill a character, make sure it’s worth that much equity because the audience really gets attached to these characters.”

But he also pointed out a flip side: TV has accustomed viewers to characters dying and sometimes the audience gets bloodthirsty.

“Some people watching ‘Sons of Anarchy’ really wanted to see Clay Morrow (played by Ron Perlman) die earlier,” Landgraf said. “It did happen but it took longer than they wanted.”

From a network perspective, killing a character is an opportunity to make some noise, generate social media buzz and get people talking.

“It is a way to try to be unpredictable and get attention and have people genuinely freak out about something happening in a show and want to come back next week,” said NBC Entertainment president Jennifer Salke. “It’s a hook in and in a way ‘event-izes’ a show.”

And with death a regular character in grittier cable series, broadcasters feel a need to keep up.

“If we’re going to be competitive, we have to be just as unpredictable and surprising, otherwise you know your guys are always going to get out of a predicament,” Salke said.

Showrunners say that network attitude is new. Greg Berlanti, executive producer of The CW’s “The Flash” and “Arrow,” said when he ran The WB’s “Everwood” and wanted to kill off Colin (Mike Erwin), it wasn’t easy.

“We had so many conversations (with network and studio) executives and now we walk in and they’re like, ‘Who’re you killing?’” Berlanti said. “They do it because it’s one of the things that makes narrative television unpredictable and it’s become the audience expectation to a certain degree.”

But even fellow showrunners sometimes disagree with the choices made by their peers.

Writer Kevin Williamson, who has never been shy about killing characters on Fox’s ”The Following,” still sounded upset in July about the death of Will Gardner on “The Good Wife” last spring, precipitated by actor Josh Charles’ desire to leave the series.

“Killing Josh Charles is something I would have done but not something they should have done. I’m not over it. I’m mad at them,” he said, tongue somewhat planted in cheek. “They could have let him go work at a firm in New York and he could have visited once in a while and had some hot sex.”

In an interview with TV Guide, “Good Wife” executive producer Robert King said Will’s death was so shocking because it was an out-of-character plot turn for “The Good Wife,” which is generally a more grounded drama.

“Even though you want to be able to surprise the audience, I do think that’s a very low bar in many ways for a TV show,” King told TV Guide. “(It’s) much better to not just be ‘Oh my God’ moments, but to tell stories in an interesting way.”

Marti Noxon, executive producer of Bravo’s “Girlfriend’s Guide to Divorce” and a veteran of “Brothers and Sisters” and “Buffy the Vampire Slayer,” said when an actor wants to leave a show, she’s disinclined to kill their character for practical reasons.

“They might change their mind,” she said. “I was so angry when they killed off Matthew on ‘Downton Abbey,’ because, I’m going to be candid, he might not go out there and find a bunch of great roles and he might decide he’s made a mistake and then you can have a great reunion between two characters that were the throbbing heart of the show.

“But now (Matthew is dead) and I thought, you didn’t have to do that. Send him back to the war or on some business trip,” Noxon said. ”That made me crazy both as a showrunner and as a viewer. I stopped watching it. You already killed Sybil (the same season), you can’t do it twice. I know you’re mad because (the actor) didn’t want to come back or wouldn’t negotiate but don’t let your emotions rule your decisions as a showrunner.

“You’ve got to do what’s best for the show. You should have just exited him another way because I’m betting he would have come back.”

At CBS’s “NCIS,” executive producer Gary Glasberg said when star Cote de Pablo opted not to continue with the series, the writers were surprised but never considered killing her character, Ziva.

“I didn’t feel like this was an instance where that was required or necessary,” he said. ”All the writers agreed there was a more gracious way of having her exit that we wanted to write and that we thought the character deserved.”

Of course, a different producer may have made a different choice as evidenced by a plethora of other recent TV character deaths, including Joss Carter (Taraji P. Henson) on “Person of Interest” in 2013 and Frank Irving (Orlando Jones) on “Sleepy Hollow” in November.

HBO’s Lombardo said “Game of Thrones,” by killing its nominal lead character, opened the opportunity for writers on other shows.

“It broke a barrier,” he said. “It made people think, oh, you can do this on a series which is built on the idea of established characters you love, and not lose your audience. And I think if (writers have) overreacted, it will level off. It broke the rules that had been established in network series for many years that your lead is going to be there till the end. Now you find people playing with that idea a little bit.”