How LA County plans to crack down on gang sex trafficking 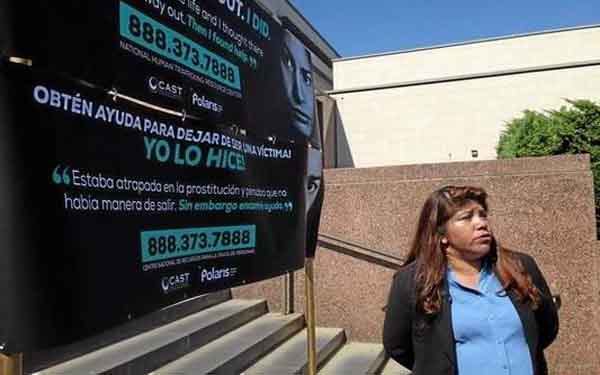 Gangs are behind much of the trafficking because they see it as a high-profit, low-risk enterprise, according to Lacey.

In July, the D.A.’s office formed a new unit to change that perception by enacting the harshest possible sentences on convicted pimps and to increase the number of convictions. Now Lacey is making refinements.

• Streamline the prosecution of such cases

Even before the refinements, Lacey says the Human Trafficking Unit is seeing success:

• Last year, the District Attorney’s office nearly tripled the number of human trafficking charges filed, from 28 in 2013 to 75 in 2014

• Convictions of the masterminds behind the “Compton Division,” a multi-million-dollar prostitution ring that also operated out of Long Beach

In Long Beach, the most recent conviction is that of Robert Walker, 32, of Compton, who in November was found guilty of four counts of human trafficking of a minor, dissuading a witness and sexually molesting a 12-year-old girl. Part of the “Compton Division” and the last of three defendants to be sentenced, he faces 42 years-to-life in state prison. He’s scheduled to appear in court Thursday.

In another Long Beach case Lebrette Stacey Winn, 23, was sentenced to more than 47 years in state prison after being convicted of human trafficking and a number of related charges. He and another man, Eric James Avery, 25, were arrested after two female victims, ages 20 and 18, escaped a locked car in Culver City and sought help from a good Samaritan. Avery was sentenced to 33 years in state prison in November.