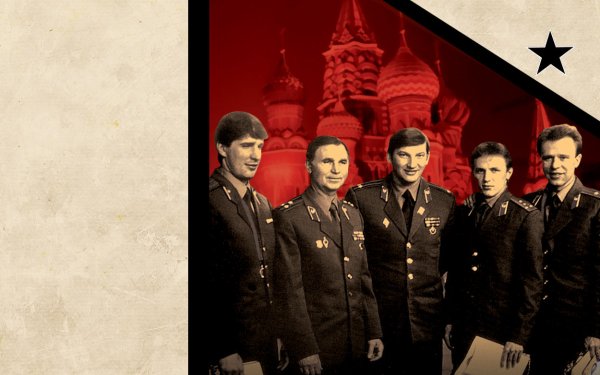 In the early 1980s, the Soviet Union had grown accustomed to its isolation from the Western world where capitalism boomed and democracy reigned. As long as it had total power over its own people, that seemed to be enough. While such a regime bred a nation of disgruntled citizens, it also bred the nation’s—no—the world’s best hockey team. The players may have been promised honor and glory for playing for their country, but what they traded for it was something far more essential to them as men: their livelihoods.

Though he may be a bit gray around the edges, the captain of that infamous team, Vyacheslav “Slava” Fetisov, can easily recall the pain, the suffering, and the life they gave to their nation’s most important sport. Through Gabe Polsky’s first documentary, Red Army, that complexity of the altruistic patriotism that filled every player mixed with an invariable need to escape the clutches of their oppressive government is explored, questioned, and sometimes forgiven.

The ideals of The Cold War trickled down from the very top of the food chain all the way down to minions at the bottom. It seemed everyone, no matter how qualified, was appointed by the government to ensure that every citizen was behaving within margins of society. Viktor Tikhonov is some such man.

Hired by the Politburo to stand as the head coach for the Red Army, Tikhonov believed rest was for the weak, and thus implemented a grueling training program for his all-star team. For eleven months out of the year, the players were locked in camp where they trained sometimes four times a day, allowing for phone calls back to home intermittently. To Slava, this was just the beginning, a taste of what the Soviet Union saw its players as: pawns to a nationalist cause.

Through his fascinating recounts of the camaraderie between him and his teammates, namely The Big 5, a crew of unstoppable hockey forces, Slava embeds a sincere sense of warmth and fond memories of his time with his most successful team. Through Polsky’s prompting questions, we see glints in Slava and his teammate’s eyes, daydreaming about what once was… until they remember what hells they had to go through on a daily basis. Tikhonov’s ceaseless anger, the government’s refusal to let any players leave the country—it’s as if there’s a confused child inside all these Red Army soldiers, unsure of their commitment to their freedom or their sport.

All the tables turned, however, when perestroika, meaning “openness,” was implemented, opening up the possibility for the first time for Soviets to defect to America, where coaches in the National Hockey League (NHL) were hungry for the sought-after Soviet players. As told by a former KGB officer, who was in charge of making sure the boys didn’t escape to America during trips, the Soviets still weren’t too keen on losing any stars to their enemy.

It's in these particular moments of remembering his past, when America offered him a better life, but his beloved home refused it of him, and forcibly at that, where Slava becomes hardened and lost for words. The opportunity seems to have caused a rift in his perception of what created happiness in his life. Moving to America, which is what he and many other Soviet players always fought for, ended up enlightening him to the greatness of his own country and how the sport was played in it.

In this light, Polsky’s documentary ends up being an enthralling, yet complicated conversation between two very different cultures. Many times, when Polsky is questioning the players, they look at him, at the camera, as if he were an alien species who spoke no known language, sometimes even refusing to answer questions knowing that we wouldn’t understand the answers. Asking what The Cold War meant to the Russians was as silly as what Play-doh meant to Americans. They may reserve every right to hold a grudge against their homeland, yet still, even after experiencing what they believed to be The American Dream, most of the players returned to Russia where life may be colder, in many senses, but it was home nonetheless.