It’s the poor who get short shrift on college subsidies 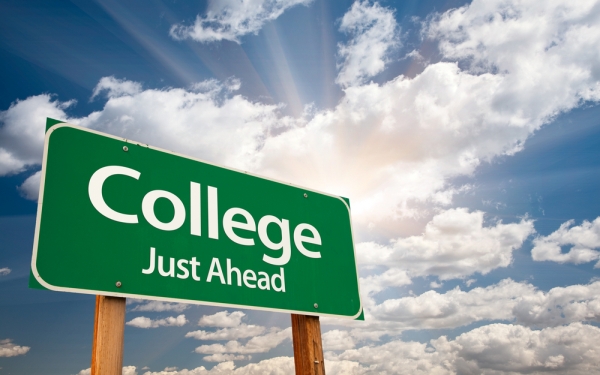 One could be forgiven for thinking that it’s the middle class who have suffered most from America’s failed higher-education policies, which saddled students with years of debt. Putative reformers invoke the plight of the middle class almost exclusively. President Obama’s plan to link financial aid to certain college performance metrics is from a proposal called “A Better Bargain for the Middle Class.” Likewise, Sen. Elizabeth Warren (D-Mass.), who has proposed dropping interest rates for college loans to near zero, described student debt as an “emerging threat to the middle class.”

But more than the middle class, it is the poor who truly have something to complain about.

In his State of the Union address Tuesday, Obama again suggested that tuition-free community colleges are a way to break down financial barriers to a degree. But his administration has for years let grant and loan programs for the poor wither.

This neglect is most apparent in what’s happened to the Perkins Loan Program and the Federal Supplemental Educational Opportunity Grant, both means-tested aid programs targeted to the students most in need.

The Perkins, FSEOG and Federal Work-Study programs were the only U.S. student aid programs that shrank during the last decade, according to a 2012-2013 College Board report. FSEOG funding for students declined 20 percent, and the Perkins Loan Program declined 54 percent. These cuts might not be so remarkable if not for the concurrent expansion of other federal student aid programs. Pell Grants grew 118 percent, subsidized student loans grew 12 percent and unsubsidized loans grew 156 percent. All in all, federal student aid grew 105 percent.

This disparity is actually getting worse in some ways. Students from higher-income families receive a significantly larger share of unsubsidized student loans (the largest federal student aid expenditure) and PLUS loans (the program that has grown the most in the past decade).

Congress’ student aid priority should be to increase funding that colleges receive for the FSEOG program. Poor students should be eligible for larger grant awards to make it easier for them to complete college. Bolstering this long-standing program will not require significantly more bureaucracy and probably would not require much more spending. In 2013, the FSEOG program constituted a paltry 1.6 percent of all spending on federal student aid grants. (The also shortchanged Perkins Loan Program constituted only 0.8 percent of all federal loan spending.)

Finally, Congress should reconsider the huge investment it makes in tuition tax breaks, a program that far and away most benefits the upper middle class. Education policy analyst Stephen Burd has shown that from 2007 to 2009, low- and middle-income families saw their share of benefits from these tax credits drop dramatically.

Since then, Obama’s American Opportunity Tax Credit has only exacerbated the disparity. It offers up to $2,500 in tax credits not just for tuition and fees, but also books, supplies and equipment. According to Burd’s analysis, the wealthiest families eligible — those making $100,000 to $180,000 — reaped the largest amount and share of the American Opportunity Tax Credit benefits when it was introduced in 2009.

Furthermore, families making above $75,000 were more than twice as likely as the families making less than $25,000 to receive any benefit at all. The federal government’s tuition tax credits and breaks, which economists estimate cost the government $55 billion from 2000 to 2014, amount to an unfair subsidy for the upper middle class. If Congress is interested in directing student aid to the families that most need it, it should either end these tax breaks or restrict eligibility to poor and lower-middle-class families.

Federal support for higher education is vital for those seeking to overcome socioeconomic disadvantages. Simply sending more students to community colleges, which exhibit the lowest completion rates of any higher-education sector, isn’t sufficient. As the president, Congress and the Department of Education consider their budget priorities for the next few years, they must expand their thinking on how to invest in the neediest students.