What about TV is now attracting top directors like Woody Allen, Steven Soderbergh? 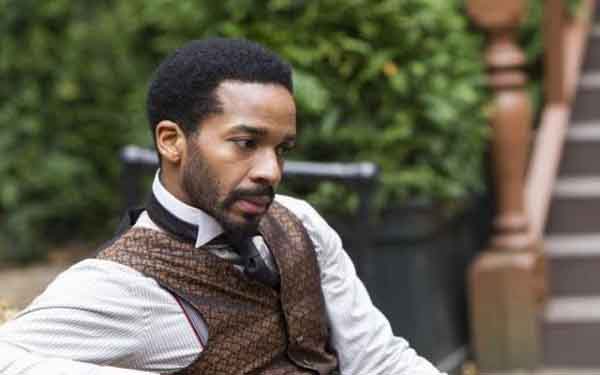 Everyone, it seems, had an opinion about Woody Allen signing a deal recently with Amazon to produce a TV series for its video streaming service.

Some praised Amazon for aligning with one of America’s most celebrated creative figures. Others worried about the fallout from sexual-abuse allegations levied by Allen’s daughter, Dylan Farrow, in 1993 that boiled to the surface again last year.

Some simply were concerned about what Allen had to offer Amazon, given that there were precious few details about the deal.

Allen even joked about that in his statement accompanying the announcement: “I don’t know how I got into this. I have no ideas, and I’m not sure where to begin.”

But what is certain is that Woody Allen agreeing to do television is one of the most dramatic indications yet of the growing allure of TV to filmdom’s creative class, which once considered television a lower life form.

The 79-year-old filmmaker has been cranking out theatrical releases at the rate of about one a year since he directed “Take the Money and Run” in 1969. Along the way he has turned out an Oscar-winning Best Picture – “Annie Hall” in 1977 – and been nominated for various Oscars 24 times, winning four, most recently in 2012.

Big-name actors have been flocking to television for some time, but now they are being joined by noted directors – the types of auteurs who might have felt limited by TV’s structure and smaller screen just a few years ago.

Allen joins an ever-growing list of notable feature-film directors who have come – or come back – to television in the past couple of years. Martin Scorsese, Steven Soderbergh, David Fincher and David Lynch all have TV projects airing or in the works. The Directors Guild of America’s annual awards nominees for TV episodes included feature-film directors Jodie Foster and Mike Judge.

There are a few reasons for Hollywood’s changing view of television, foremost among them the growth of premium channels and streaming services that offer commercial-free, uncensored formats. HBO and Showtime have been joined by Netflix, Amazon, Cinemax, Starz, Epix and others in creating original content.

Those outlets sell subscriptions, not advertising, so they focus on higher-quality fare for which viewers will pay a premium. They will also package series in a variety of sizes, from two-episode miniseries to open-ended projects of 13 episodes a year, but generally none require the long-term commitment of a 23-episodes-a-year broadcast series. That has allowed TV series to become more movie-like, focusing on a single ongoing story that, while longer than a feature film, is not boundless.

As a result, the channels have developed a reputation for letting artists have great freedom.

Showtime President David Nevins discussed the return of “Twin Peaks” with television critics last week and made it clear that Lynch and co-creator Mark Frost had full control of the project.

Nevins described his role as “more or less writing checks and leaving them alone.”

Too, the advent of high-definition television and the flourishing of larger screens has increased the emphasis on visuals, which makes TV a more rewarding undertaking for directors. Before HDTV, dialogue was the main driver of a television episode. Now, the camera can take a bigger role.

Soderbergh’s Cinemax series “The Knick,” which just concluded its first season, was filmed with the sort of expressive camerawork that marks the director’s feature films. HBO’s “Game of Thrones” has so much visual sizzle that it will be shown in iMax theaters to promote the coming season.

And so Woody Allen steps into this now-fertile ground to take on his first television series. His outlook? “My guess is that (Amazon Studios Chief) Roy Price will regret this.”

Some notable film directors who have taken on television projects.

Woody Allen: Nominated for 24 Oscars (three wins for screenwriting, one for directing). Signed a deal with Amazon Studios to produce a series for its Amazon Prime streaming service.

Martin Scorsese: Nominated for Best Director Oscar eight times (one win). Working with Mick Jagger and screenwriter Terence Winter on a series about a rock music mogul, set in the 1970s. It is due to premiere on HBO later this year. Scorsese also was an executive producer on HBO’s “Boardwalk Empire” and directed its first episode.

David Lynch: Nominated for Best Director Oscar three times. Will be remaking “Twin Peaks,” his 1990-91 series for ABC, in 2016 for Showtime. One of Lynch’s Oscar-nominated films, “Mulholland Dr.,” began life as the pilot episode for a TV series.

Steven Soderbergh: Nominated for Best Director Oscar twice (one win). One of the first big-name directors to regularly work in television. His latest was “The Knick” for Cinemax, for which he was executive producer and directed all 10 episodes of the first season.

Jodie Foster: The two-time Oscar-winning actress directed three feature films. She was nominated for Directors Guild Awards for two television episodes she directed last year, one of “House of Cards” and one of “Orange Is the New Black.”

Mike Judge: The creator of “Beavis and Butt-Head” and “King of the Hill” left TV to direct feature films including “Office Space” and “Idiocracy.” He’s back on TV with the HBO comedy “Silicon Valley.”