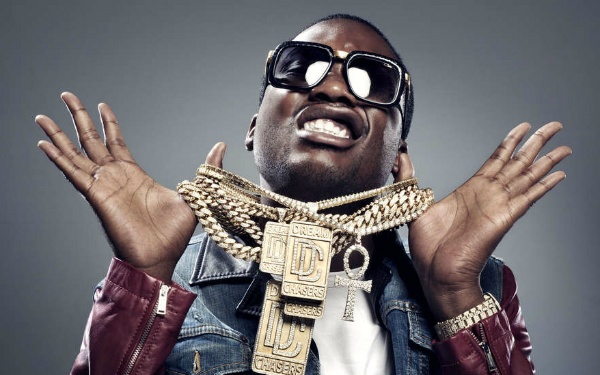 Rapper Meek Mill, fresh from a five-month stint in prison for violating probation, has a new album.
(Credit: philly.com)

When it comes to big-name albums, it’s becoming rare for release dates to be announced much in advance. The element of surprise is a big bonus, and social media spread the word like wildfire. So, rather then tell us ahead of time, everybody’s trying to keep a secret, then spring it on us for maximum promotional value, Beyoncé-style.

So, along with the three to-be-announced releases by Kanye West, Kendrick Lamar, and Philadelphia rapper Meek Mill listed below, a whole lot of other marquee releases expected in early 2015 have no specified arrival dates. New music is likely to arrive from many significant acts, most of whom seem to have one-word names — Adele, Drake, Rihanna, Miguel, Grimes, and Radiohead among them.

Jessica Pratt, On Your Own Love Again (on sale Jan. 27). San Francisco songwriter Jessica Pratt emerged with a self-titled album in 2012 that placed her in the tradition of such counterculture hippie folk acts as Karen Dalton and Nick Drake and the musical purveyors of the “freak-folk” movement of the mid-’00s. The 27-year-old finger-picking guitarist’s follow-up gently builds on that foundation, in quietly transfixing ways.

Bob Dylan, Shadows in the Night (on sale Feb. 3). When he played the Academy of Music last fall, Bob Dylan offered a preview of his 36th studio album with the piano ballad encore “Stay With Me,” a song written by Jerome Moross and Carolyn Leigh that, like the others on Shadows in the Night, is associated with Frank Sinatra. In presenting songs usually recorded with a full orchestra, Dylan has said that he is “uncovering” the songs, “lifting them out of the grave and bringing them into the light of day.”

The Districts, A Flourish and a Spoil (on sale Feb. 10). The Lititz-born and Philadelphia-based rock band, fronted by singer Rob Grote, are set to make a major splash on the national stage in 2015. “Peaches,” the album’s lead single, is out now, and the band will be playing the Bonnaroo festival in June (along with fellow Philadelphians the War on Drugs and Strand of Oaks).

Father John Misty, I Love You, Honeybear (on sale Feb. 10). “Getting high on the mattress, while the global market collapses,” sings former Fleet Foxes drummer Father John Misty (real name: Josh Tillman) on the follow-up to his eye-opening 2012 disc Fear Fun. Tillman is a shrewd, subversive prankster as well as a serious talent.

Madonna, Rebel Heart (on sale March 10). Six songs from this album were leaked in December, but the bulk of the music on the varied project, which includes contributions from Nicki Minaj, Avicii, Alicia Keys, and Kanye West, remains unheard. Madge’s other chief collaborator on the album is ever-rising former Philadelphian DJ-producer Diplo.

Laura Marling, Short Movie (on sale March 24). The British songwriter is known for a throwback folk sound that draws comparisons to Joan Baez and Sandy Denny. But on her fifth album, the 24-year-old cranks it up with a sound that has been described as more Chrissie Hynde than Joni Mitchell.

Sufjan Stevens, Carrie and Lowell (on sale March 31). It has been five years since indie baroque-folk wunderkind Sufjan Stevens released a full-length non-Christmas album under his own name. He returns with Carrie & Lowell, which he has characterized as about “life and death, love and loss, and the artist’s struggle to make sense of the beauty and ugliness of love.” It’s named after his mother and stepfather. Sufjan Stevens comes to the Academy of Music on April 10.

Kendrick Lamar, Untitled new album, TBA. The Los Angeles rapper’s long-awaited follow-up to his 2012 classic Good Kid, M.A.A.D. City will surely arrive this season. Won’t it? The late-2014 activity from the extraordinarily precise and articulate rapper suggests that it will. On Flying Lotus’ album You’re Dead!, he guested on the dazzling “Never Catch Me” and released the Isley Brothers-sampling single “i.”

Kanye West, Untitled new album, TBA. What will Yeezus do? Back in September, West allegedly played an all but completed new album for listeners at parties in Paris. The world awaits the release of the full record, said to have been recorded largely in Mexico. It’s also said to feature Pusha T and Theophilus London, not to mention Paul McCartney, whose collaboration with West, “Only One,” released on New Year’s Eve, suggests that 2015 will be the year of a more sensitive, humane, accessible Kanye.