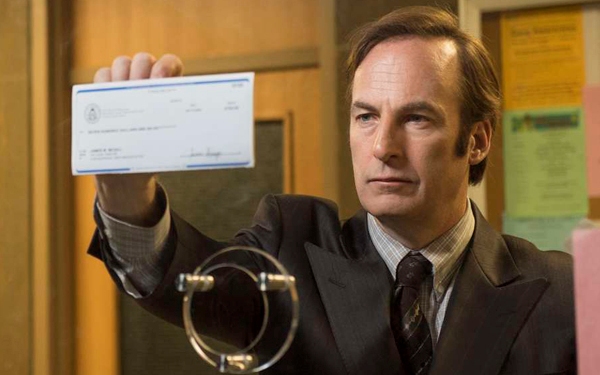 We’ve entered the most recalcitrant part of the calendar. The nights are long. The windshields are frosty. Football is (almost) over, and baseball season seems like a distant dream.

At least TV is stepping up to keep us entertained. Between broadcast, cable, and streaming services, there is a plethora of new shows and returning favorites in the offing.

Break out the Snuggies and enjoy.

The Americans (FX, Jan. 28) TV’s most nuclear family returns for a third season. But the ideological schism between Cold War spies/spouses Keri Russell and Matthew Rhys is growing. Meanwhile, their FBI agent/neighbor (Noah Emmerich) is, without realizing it, back on their case, and their teen daughter (Holly Taylor) is increasingly hooked on the opiate of the people. What’s a comrade to do?

Better Call Saul (AMC, Feb. 8) Ever wonder what goes into making a lawyer as sleazy and unprincipled as Breaking Bad’s Saul Goodman? You’re about to find out in this prequel, which catalogues Saul’s scrambling days in Albuquerque, when he was still known as Jimmy McGill. Bob Odenkirk returns as the legal weasel, Jonathan Banks as the crusty Mike. Michael McKean joins the fun as Jimmy’s disturbed brother.

The Jinx: The Life and Deaths of Robert Durst (HBO, Feb. 8) Reclusive and controversial, Durst is the subject of this six-part documentary series that was seven years in the making. Heir to a Manhattan real estate empire, Durst has been linked to, but never convicted of, three murders. A kinky and twisted tale.

House of Cards (Netflix, Feb. 27) After two seasons of scheming and plotting his way to the top of the political pile, Frank Underwood (Kevin Spacey) returns as our commander in chief. But judging by the trailer (military funerals, a foreign leader who looks a good deal like Vladimir Putin refusing to shake Frank’s hand), his term is off to a rocky start.

American Crime (ABC, March 5) This striking drama starts with a deadly home invasion, then details the resounding impact on the families of the suspects and victims as the case proceeds. Timothy Hutton, Felicity Huffman, and Benito Martinez star in a series that confronts racial, religious, and class issues.

Unbreakable Kimmy Schmidt (Netflix, March 6) The team that gave us 30 Rock — Tina Fey and Robert Carlock — has created a new, crazily askew, Manhattan-based comedy. Ellie Kemper (The Office) plays a deliriously naive ingenue taking on a Big City for which she is utterly unequipped. Jane Krakowski and Tituss Burgess (both 30 Rock alums) co-star.

A.D. (NBC, April 5) After The Bible, a miniseries produced by Roma Downey and Mark Burnett, did big numbers on the History Channel in 2013, NBC picked up the sequel. Beginning Easter night, this 12-hour epic starts with the Crucifixion and follows the persecution of the early Christians.

Wolf Hall (PBS, April 5) This extravagant six-part Masterpiece production is based on Hilary Mantel’s Tudor novels, Wolf Hall and Bring Up the Bodies. It stars Mark Rylance as Thomas Cromwell, who is trying to counsel a king (Damian Lewis as Henry VIII) intent on having Anne Boleyn (Claire Foy) at any cost.

Mad Men (AMC, April 5) This is it, folks. The final seven episodes. Where did we leave things? Oh, that’s right: Roger (John Slattery) had just sold the agency to McCann Erickson and Sally was making out in the backyard. But what of Peggy (Elisabeth Moss), Pete (Vincent Kartheiser), Betty (January Jones), Joan (Christina Hendricks), and, most important, Don (Jon Hamm)? We’ll find out after these special messages.

Game of Thrones (HBO, April 12) Westeros is in chaos as Season Five begins. The Lannisters are reeling; the Tyrells are bridling; Stannis Baratheon holds the wall; Littlefinger has usurped the Vale and the White Walkers are inexorably moving south. Yes, it’s shaping up to be a great year for this sword-and-sorcery tour de force.