Spring Film: A season of sameness 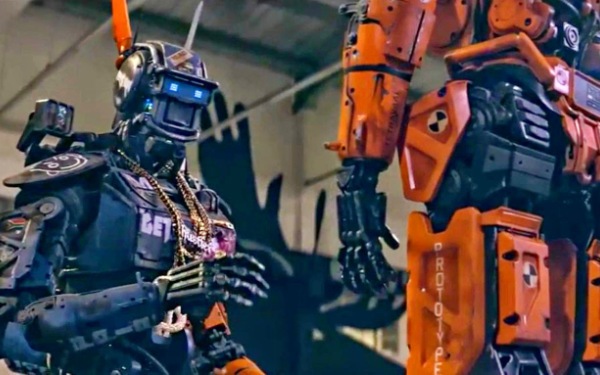 It’s a new year — well, practically (still January) — and a new spirit pervades the land. Nowhere is that sense of innovation and imagination, of bold ideas and daring leaps into the further reaches of artistic realms, more in evidence than in Hollywood.

Look at the films coming our way between now and May — a veritable flood of forward-thinking, radically uncompromising dramas, comedies, romances and thrillers. Even to use those labels — drama, comedy, thriller — unfairly boxes in these adventurous enterprises, when, clearly, the filmmakers and stars behind these projects are genre-busters of the most deep-seated kind.

So take a look at this list — and the respective trailers that can be found online and in theaters — and take heart. Six sequels, two movies about self-aware robots, a few classic Grimm’s fairy tales rebooted (Cinderella, for one, and wasn’t SpongeBob SquarePants one of the original Jacob and Wilhelm Grimm finds?), some adaptations of YA fantasies and kid-lit gems. Actresses of Oscar stripe (Julianne Moore, Kate Winslet) put on their best faces of villainy (Seventh Son, Insurgent), while actors such as Vin Diesel do stuff they’ve never, ever done before, such as roll out of an airplane in a Dodge Charger while trusting that the parachute attached to the roof will function properly on the plummet to Earth.

Here are thumbnails of 20 of the most hotly anticipated — or not — movies opening in February, March and April. And then, of course, it will be time for something completely different, such as a movie with Marvel superheroes in it, or something.

Jupiter Ascending (Feb. 6) Originally slated for July, this epic sci-fi opera from Matrix creators Andy and Lana Wachowski stars Mila Kunis, Channing Tatum and Oscar nominee Eddie Redmayne. It’s hard to tell from the trailer whether this tale of intergalactic genetic engineering will be awesome, an unintentional laugh-riot, or both. Fun fact: Kunis plays a maid who cleans houses. In her last film, Third Person, she played a maid who cleaned hotel rooms. PG-13

The SpongeBob Movie: Sponge Out of Water (Feb. 6) “Who wants Krabby Patties?” Uh-oh, someone’s stolen the secret recipe, and so SquarePants and his Bikini Bottom pals make for the surface, heading to a beachside community inhabited by humans — one of whom appears to be Antonio Banderas dressed up like a pirate. The super-popular Nickelodeon TV cartoon show has a legion of fans, many of whom might find it difficult adjusting to their hero’s new computer-generated 3D iteration. Whatever, it’s sure to be an absorbing character study. PG-13

Fifty Shades of Grey (Feb. 13) The Valentine’s Day gift that 100 million fans of E.L. James’ erotica tomes have been waiting for — with Jamie Dornan as the handsome businessman with a bit of a bondage-and-domination thing going and and Dakota Johnson as Anastasia Steele, the innocent student sent to interview him for the college paper. Things get swoony, and kinky, but just how explicit is the movie — directed by a woman, Sam Taylor-Johnson — going to get? R

Kingsman: The Secret Service (Feb. 13) Colin Firth, who won an Oscar for another “King” film — The King’s Speech, of course — camps it up as a Bond-ian super spy who recruits a protege (Taron Egerton) to battle an evil villain (Samuel L. Jackson). The espionage send-up, directed by Matthew Vaughn (Kick-Ass, X-Men: First Class), is an adaptation of the Secret Service comics by Mark Millar and Dave Gibbons. R

The Last Five Years (Feb. 13) Into the Woods heroine Anna Kendrick stars opposite Smash’s Jeremy Jordan in the adaptation of the hit musical that tracks the ups and downs of the relationship between a struggling actress and a young writer and their ridiculously big New York apartment. PG-13

What We Do in the Shadows (Feb. 13) From Flight of the Conchords’ Jermaine Clement, a mockumentary about three Kiwi flatmates who happen to be vampires. Winner of the People’s Choice Award at the Toronto Film Festival, the pic reportedly features a face-off between the undead trio and a band of werewolves, although the latter might just be a bunch of guys who had too much to drink. No MPAA rating

Hot Tub Time Machine 2 (Feb. 20) A sequel to 2010’s thought-provoking, existential science fiction masterpiece. In this one, an intended trip back into the past inadvertently lands the Hot Tubbers a decade in the future, and the space-time continuum will never be the same. This is what Christopher Nolan was really driving at with Interstellar. R

Focus (Feb. 27) Will Smith is an ace con-man who schools Margot Robbie in the tricks of the trade. A few years later they find themselves on opposite sides of an epic scam. Shot in Buenos Aires and New Orleans, with jet-setty high-rollers and jet-powered race cars. R

Maps to the Stars (Feb. 27) Julianne Moore, Mia Wasikowska, Robert Pattinson and John Cusack star in David Cronenberg’s dark, dark comedy about the movie biz and the people who inhabit it. Shot in L.A., from a screenplay by Bruce Wagner, based on his novel Dead Stars. R

Wild Tales (Feb. 27) Oscar-nominated foreign-language pic, from Argentina’s Damián Szifrón, is exactly what the title promises: a suite of crazy, comic stories that show humankind at its most totally messed-up, caught in the throes of jealousy, vengeance, road rage, adultery and murder. Yes! R

Chappie (March 6) “A thinking robot could be the end of mankind!” Sigourney Weaver warns in the trailer for the latest from Neill Blomkamp, the South African sci-fier behind District 9 and Elysium. A bulked-up Hugh Jackman is on board, too, but the star is the childlike robot, imbued with emotions and artificial intelligence, and deemed a menace to society by the powers that be. Not yet rated

The Second Best Exotic Marigold Hotel (March 6) Who could have predicted that a cozy comedy about a group of British pensioners settling down in a retirement hotel in India would score more than $136 million in worldwide box office? Well, maybe some psychic in Jaipur. So here comes the sequel, with white-maned Richard Gere new to the cast, and Judi Dench, Maggie Smith and Bill Nighy back for more good-natured, culture-clashing, AARP card-carrying fun. PG

Cinderella (March 13) Lily James, a.k.a. Lady Rose MacClare of Downton Abbey, takes the title role in Disney’s live-action retelling of the Grimm Brothers’ tale. Of course, Disney already has the 1950 animated classic in its archives, and firmly lodged in our collective consciousness. And there’s Into the Woods, with Anna Kendrick as Cinderella. (Didn’t we just see that? Yes.) Two reasons this might be good: Cate Blanchett is the Wicked Stepmother and Helena Bonham Carter the Fairy Godmother. The Prince? Game of Thrones star Richard Madden. Kenneth Branagh directs. PG

The Divergent Series: Insurgent (March 20) The second installment in the trilogy finds Shailene Woodley’s Tris and Theo James’ Four on the run in post-apocalyptic dystopian Chicago, with Kate Winslett making frowny faces as head of the Erudites, the governing faction, determined to get Tris under her control. It’s hard to tell from the trailer (actually, it’s not), but it looks like Ashley Judd, who died in Divergent, is back. Or flashbacked. PG-13

Get Hard (March 27) Kevin Hart, playing a hapless car-wash employee, teaches white-collar convicted doofus Will Ferrell how to survive in prison, even though Hart’s character doesn’t have a clue. It’s hard to tell from the trailer whether this will be nonstop racial stereotype-skewering hilarity, or just The Wedding Ringer with a different white guy. R

Home (March 27) DreamWorks Animation’s adaptation of Adam Rex’s children’s book, The True Meaning of Smekday, is about an alien race that settles on Earth, and then tries to re-settle its human inhabitants. One of said Earthlings is a teenager named Tip, voiced by Rihanna. Steve Martin is the vocal talent behind Captain Smek, leader of the extraterrestrial race, known as the Boovs. PG

Furious 7 (April 3) “I don’t have friends. I got family,” Vin Diesel says in the trailer for the Fast & Furious franchise’s seventh installment. And, indeed, that’s what these movies are really about — who needs all that crazy stunt driving, the muscle cars, the armored fortress on wheels? Paul Walker, who died midway through production, is featured prominently in the trailer, trying to rescue newcomer Nathalie Emmanuel from a bus that’s skidded off a mountain road and is hanging over the edge. R

Paul Blart: Mall Cop 2 (April 17) Of all the sequels of all the hits in all the world, this one — with Kevin James returning as a Segway-riding knucklehead security guard — has got to be the one we’ve all been waiting for. This time, the action moves to Las Vegas, where a casino heist is in the works. Too bad for the heisters, Officer Blart is there to foil them, and to fight a peacock, and punch an old maid (literally: an elderly woman who works as a maid), if the trailer is to be believed. Not yet rated

Avengers: Age of Ultron (May 1) Another self-aware robot imbued with artificial intelligence (see Chappie, above) and another excuse for Black Widow, Captain America, Hawkeye, the Hulk, Iron Man and Thor to reconvene to try to put this metal alloy menace to bed, once and for all. As if they needed an excuse.