Intel initiative leads to big goal: Doubling of women in game development by 2025 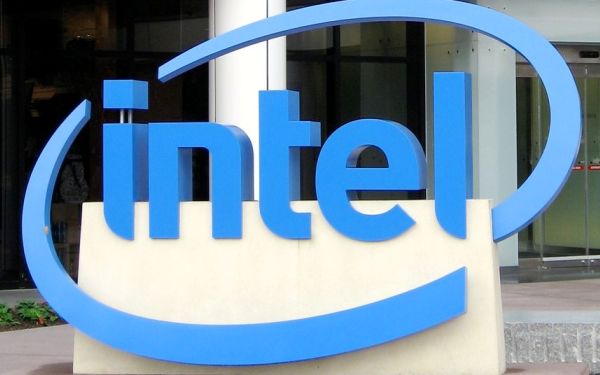 The number of women working in the game industry will double by 2025, if the International Game Developers Association has its way.

It’s not a new desire by the association, a group which represents game developers from around the world, but the likelihood of that goal happening is now more possible than it ever was before.

That thanks not to the game industry’s massive companies like Microsoft, or Sony or Nintendo or even, completely, the International Game Developers Association itself. No, the possibility of a spike in game developer diversity doesn’t come from within the game industry, but rather from Intel and, in part, its confused run-in with a confused movement.

Speaking during the Consumer Electronics Show earlier this month, Intel CEO Brian Krzanich announced a $300 million-backed diversity initiative. The initiative, he said, would help support diversity and inclusivity at the company and fund programs that support “more positive representation within the technology and gaming industries.”

The diversity initiative was spurred in part by “a recent confluence of events related to women and under-represented minorities.” Among those events was Intel’s decision last year to pull advertising from game industry site Gamasutra. Intel was targeted by a GamerGate campaign against Gamasutra and its editor-at-large Leigh Alexander, who had been critical of gamer culture, leading Intel to temporarily withdraw ads. That decision, which the company later back-pedaled from, led to criticism that Intel was endorsing anti-feminist bullying.

The GamerGate movement and Twitter hashtag is a social campaign defined by most supporters as a call to effect change in video game journalism and to defend the “gamer” identity. The movement is difficult to define because what it has come to represent has no central leadership or agreed-upon manifesto. The hashtag was first used by actor Adam Baldwin in August after intimate details of a personal relationship between a video game developer and a video game journalist were made public and led some to allege cronyism between press and developers. The campaign is now also linked to ongoing and well-established harassment of women in video games, including Depression Quest creator Zoe Quinn, Feminist Frequency creator Anita Sarkeesian and Giant Spacekat head Brianna Wu, though many of GamerGate’s supporters deny the campaign should be blamed for harassment.

Intel’s Krzanich never mentioned GamerGate by name in his CES talk, but did reference pulling the ad campaign. He said the company’s diversity initiative is not just good business, but the right thing to do.

As part of its effort, Intel is working with industry partners to “support, enhance or create new programs.” Among the groups named as partners were three connected to the game industry: the International Game Developers Association, the eSports League (ESL), and Kickstarter-backed video game criticism series Feminist Frequency. We spoke with the IGDA and ESL to get their take on the impact this initiative could have on the game industry. Feminist Frequency did not respond to request for an interview.

“Following what happened with Gamasutra and Intel, the wheels started turning at Intel,” said Kate Edwards, president of the International Game Developers Association. “This was an issue out there they weren’t focusing on as much.

“My impression was that they felt it was time to make some headway into this issue and not just respond to what happened specifically (with Gamasutra.) What they wanted to focus on as a tech industry leader was to move the needle on diversity.”

It was in that context, back in October, that Intel reached out to the Edwards and the association.

“We talked to them about their plans and how we could help them and how their goals might jive with our goals,” Edwards said. “Now we are one of the organizations that Intel has said is a key organization that they want to work with.

“They want to make a difference and try to improve diversity, not just with gender, but diversity in general.”

Edwards said the association has a set of initiatives they’re working on, but many of them aren’t yet at a stage in which they can be discussed.

“Many of them are ideas the IGDA had and Intel wants to support, and a couple are ideas we decided to work on together.”

The initiatives at the IGDA fall into two broad categories: Retention of minorities and women in the game industry and the acquisition of the same.

“Within those categories there are some specific programs we are working on,” Edwards said.

The biggest thing to come out of those talks and this new Intel-backed diversity initiative was a singular, broad goal:

“The program’s goal is to double the amount of women working in the game industry in the next 10 years, by 2025,” Edwards said. “That’s what we’re trying to accomplish here and that’s what we’re focused on.”

Edwards declined to release the current estimated number of women in the game industry, saying she didn’t have a firm number, but said that the last developer survey the association conducted showed that about 21 percent of respondents were female.

By the end of the year, Edwards believes there will start to be some tangible evidence of the initiative having an impact in the game industry.

And that impact, she said, will hopefully echo through the coming generations as young minorities and girls see more role models in the sort of jobs they may not have realized they could have.

The Electronic Sports League has actually been working with Intel for nearly ten years, but that work was more about promoting the concept of video gaming as sport, said Anna Rozwandowicz, head of communications at the ESL.

“When we first heard that Intel was planning a diversity initiative, we reached out and offered to help,” she said. “Gaming is a very interesting area when it comes to diversity.

“In online video games, the physical differences between people are taken out of the equation entirely. When you’re playing another person online, age, gender, disability, beliefs, skin color or where you are not relevant. That is diversity and equality at the same time.

“That having been said, the competitive gaming community is not without its issues, particularly when it comes to women in eSports. We’re talking about a scene that is dominated by young males — online, in person at our events and in business. In many ways this makes it difficult for some women to find their place, which is a real shame considering gender really shouldn’t be playing a role here. Everyone is free to game and to compete. That’s the message we’re trying to send.”

The details for how the ESL will be working with Intel to increase diversity in eSports haven’t been hammered out yet, but Rozwandowicz believes the initiative will help grow and professionalize eSports.

That is, she added, if fellow competitors get behind it.

“We’ve got people from all walks of life united at the end of the day by their shared love of gaming and eSports,” she said. “The doors are open for everyone; there aren’t barriers to entry in the common sense.

“The problem isn’t in getting people in; it’s in accepting them once they’ve arrived. Sadly not everyone will be supported equally by the community along the way. That’s the gaming and eSport community’s problem. That’s what we’re trying to change.”

IGDA’s Edwards said the sort of major shift in diversity that Intel is trying to help create needed to come with a push from a company like Intel, to work.

“Intel was a very good company to make this statement because of their reach, their presences in both gaming and technology,” Edwards said. “I really, really hope a lot of other companies will follow Intel’s lead and take such a bold, public stand with Intel.

“Maybe we can get the momentum going across the entire tech industry.”

(Good Game is an internationally syndicated weekly news and opinion column about the big stories of the week in the gaming industry and its bigger impact on things to come. Brian Crecente is a founding news editor of Polygon.)