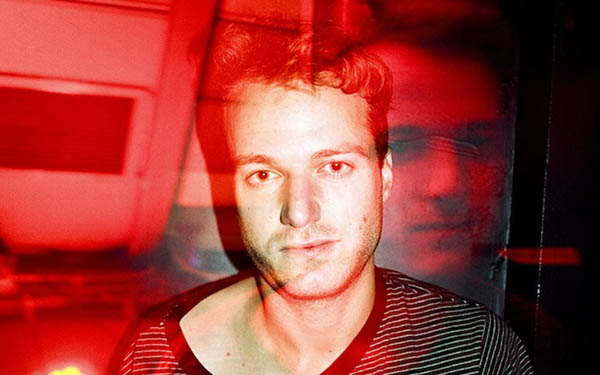 The new wave of French cinema, which arose after the Second World War, was both a forward-seeking and provincially nostalgic medium. For example, Francois Truffaut’s movies combined contemporary cool visuals with personal history, producing a truly unique amalgam. Listening to the self-titled, debut album by Los Angeles-based musician Jordan Corso (who uses the moniker Cotillon for his current band project), it is easy to understand how the French filmmaking experience has colored his songs. Truffaut often delved into the myriad changes and curves of relationships, and on the 12 tracks of Cotillon’s release—issued via the Burger Records imprint—Corso does something similar.

During numbers such as “Gloom,” “Call Me Up” and “Should Have Known Better,” Corso examines the hows and whys of romance, passion and desire. “Call Me Up” musically evokes another new wave, the late ‘70s English music movement that birthed the careers of Graham Parker, Elvis Costello and Joe Jackson. With a catchy, mid-tempo pop structure and a spotlighted saxophone, “Call Me Up” suggests a blend of Nick Lowe and Parker. The lyrics focus on an average guy trying to win the heart of a woman who in turn, prefers the arms of a man who drives a Mercedes and lies about going to strip bars. “Gloom,” the opening track, lives up to its title. There’s a smidge more darkness, both instrumentally (there’s a nod or two to the 4AD label, chiefly the Cocteau Twins’ aural wooziness) and lyrically, as Corso gauzily sings about “being single now” and how he’s ready to start again with another woman. The 4AD-like haze also saturates the dream-pop piece “Before.”

Another ‘70s influence appears to be proto-punk, specifically the original version of Jonathan Richman’s group, the Modern Lovers. That foundation fuels the obsessive, hardened “Asteroid,” where a yearning young man has his eye on a girl with a philandering boyfriend. The bashing drums and tough-riffing guitar accentuate the protagonist’s pleas for the girl. But typical of Cotillon tunes, there’s no resolution. A punk stimulus also enhances the beginning of “Infection,” which initially resembles a close relative of the Buzzcocks. Then the cut dramatically veers, first to an acoustic mid-song break and then to a swirling arrangement that brings to mind My Bloody Valentine (Cotillon’s CD artwork is also reminiscent of the shoe-gazer pioneers). The penultimate track, “Infection,” is a witch’s brew of genres. It’s sounds as if it began as three different songs before being melded together.

Elsewhere, Corso dips into other genres as well; a musical literacy that shows his mastery but sometimes can feel like a jumbled mess. For example, the piano/sax ballad “Left Bank” jettisons a standard rock template, instead concentrating on a mournful mood, reminiscent of early Rufus Wainwright. Corso also traverses emotional terrain on the acoustic-tinged, closer, “Exempt,” (an album highpoint). He reveals personal secrets—the type that might spark a psychological bonfire, incinerating the commitment he’s built with his girlfriend. In keeping with other apparent ‘70s inspirations, “Exempt” has the kind of warm vibe that permeated Bob Dylan’s LPs such as Desire (1976) or Slow Train Coming (1979).

Song to song, Corso has something to say and knows how to articulate it, but overall his full-length presentation lacks consistency. Individual pieces stand out (especially longer ones such as the smoldering “Convenience” and folk-inflected “Exempt”), but a few seem either underdeveloped or clash against other tracks (for instance, the aforementioned “Infection”). Lyrically, Corso’s thirst for falling in love or his attempts to reacquire the women he has lost will either resonate with likeminded people or may come across as preoccupied and self-fixated. But first albums can show growing pains. Based on his premier piece of work, Cotillon’s future endeavors will likely evolve into compositions both noteworthy and worth hearing.