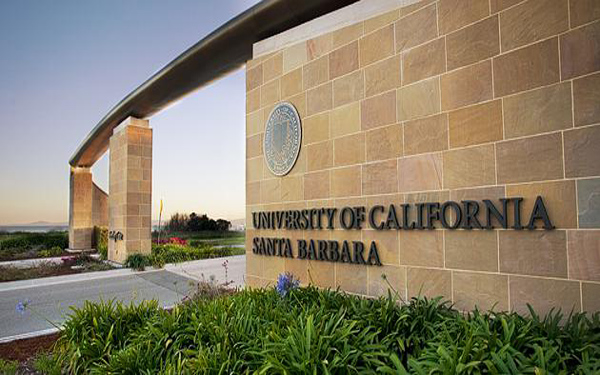 UC Santa Barbara has been designated a Hispanic-Serving Institution (HSI), a recognition given to colleges and universities where Latinos comprise at least a quarter of the student body. The designation symbolizes UC Santa Barbara’s change from its old stereotype of three decades ago as a campus where some Latinos said they did not feel welcome.

That old cliche of UCSB as an overwhelmingly white campus is now “out of sync,” said Carl Gutierrez-Jones, UC Santa Barbara’s acting dean of undergraduate education.

The campus now is “very proud to have a student body that reflects the diversity of the state and is preparing all students to work effectively in that complex population,” he said.

The HSI status and allied membership in the Hispanic Assn. of Colleges and Universities, is shared by 261 other schools around the country, including 91 in California.  Three other UC campuses -- Riverside, Santa Cruz and Merced -- previously became association members.

The status can be a first step toward enabling schools to be eligible for federal and private grants that aim to bolster the academic success of Latino students, officials said. Because federal eligibility is somewhat different than that of the Hispanic association, the pool of schools thought to be possibly eligible for such federal grants is about 400 nationwide, they said.

UC Santa Barbara also is among the first HSI among the 62 members of the Assn. of American Universities, a rarefied group of top research universities.

About 27% of UC Santa Barbara’s 19,000 undergraduates are Latino, double the percentage from 25 years ago, according to UC data.  Whites comprise the largest group, at about 41%; Asian Pacific Islanders are about 25% and blacks, 4%.

The shift at UC Santa Barbara resulted from changing demographics statewide as well as efforts to recruit and enroll more students who are low-income and the first in their families to attend college, without violating the state ban on ethnic affirmative action in college admissions, according to Gutierrez-Jones.

Antonio Flores, president of the Hispanic Assn. of Colleges and Universities, said UC Santa Barbara now is “projecting itself as an institution where Latinos are welcome and where there is already a critical mass of these students.”