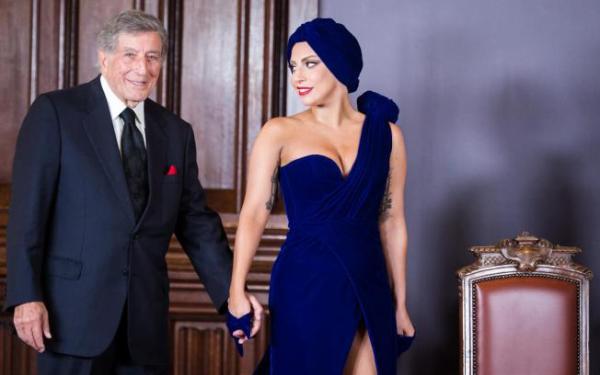 Young will meet old — again — at this year’s Grammy Awards.

In keeping with longstanding tradition, the Recording Academy has arranged several May-December duets for the Feb. 8 ceremony, organizers announced Wednesday, including planned performances by Lady Gaga and Tony Bennett, Hozier and Annie Lennox, and Jessie J and Tom Jones.

Adam Levine and Gwen Stefani, whose 10-year age difference doesn’t quite qualify for intergenerational status, are also slated to appear together.

Proudly referred to by the Academy as “Grammy moments,” these collaborations are famously hit-or-miss.

Last year the telecast scored with a loosey-goosey country jam featuring Blake Shelton alongside three Nashville veterans in Willie Nelson, Kris Kristofferson and Merle Haggard. But a duet between Sara Bareilles and Carole King was as snoozy as it gets.

One can imagine, though, that Hozier and Lennox might mash up his “Take Me to Church,” which is nominated for song of the year, with “Missionary Man” by her old band Eurythmics. Or that Jessie J and Jones might combine her “Burnin’ Up” with his fiery rendition of “Burning Down the House.”

Lady Gaga and Bennett, meanwhile, seem destined to do something from their miserable “Cheek to Cheek,” which is up for a Grammy for traditional pop vocal album.