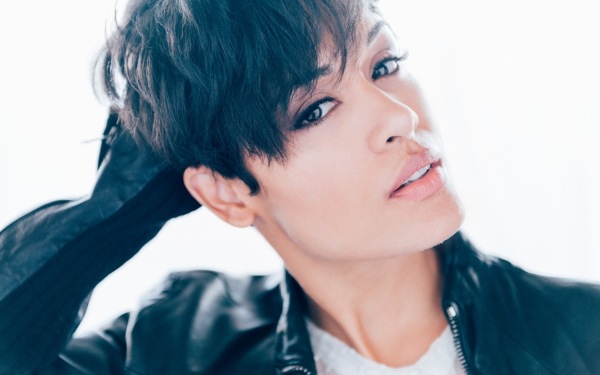 “Anika Calhoun is head of A&R for Empire,” Grace began in an interview with Campus Circle. “She also happens to be Lucious Lyon’s girlfriend. She is strong, powerful, indomitable, and she is very talented and very good at what she does. Anika is a hard worker and she loves Lucious, which places a lot at stake for her at Empire because not only is Empire where she works, but Lucious is the love of her life.”

Anika is poised and classy. She’s smart and always thinks twice before she says or does anything. These traits are what she uses to defend her role in Lucious’ life and her status in Empire when Lyon’s ex-wife, Cookie (played by Taraji P. Henton), is released from prison and comes home to take back what she believes is hers.

Gealey was thrown into the fire for the monolithic  Empire. Not only is Anika her first major role, but she has to continually go toe-to-toe with the ever-impressive Taraji P. Henton and prove she is a worthy adversary.

“The two are formidable foes for each other,” Grace acknowledged. “It’s fun to play around with that aspect, that’s for sure! I think what keeps the excitement going is that we never know what the other one is going to do or say, so we’re constantly surprising each other.”

For example, in last week’s episode, both Anika and Cookie are at a Lyon family dinner. Cookie makes the first move by assuming the seat at the head of the table and thus effectively undermining Anika’s authority in front of the family. To retaliate, when Cookie is delivering grace, Anika purposefully coughs in the middle of the prayer, visibly shaking Lucious’ ex to the point of her firing back with a pointed “And God, please do not withhold your blessings... even from hoes that hire skanks to spy on me.” Cookie then crosses herself and blows a kiss to Anika, eradicating any doubt as to whom her blessing was directed towards.

The interplay between Henton and Gealey is wickedly delicious. The two women have forged an intense relationship that is so real, it strays from the script into exquisite off-the-cuff moments that truly bring a sizzle to the conflict.

In a tense scene following dinner, the two women run into each other in the hallway and square off a scant and tantalizing few inches apart. With a coy smile, Anika brandishes her urbanity as a weapon when she coldly informs Cookie that a debutant is “a ho who can slice your throat without even disturbing her pearls.” As Anika smugly walks away, Cookie whispers an improvised, “Damn, that made me hot.” In response, Anika tosses a coquettish, “I aim to please,” over her shoulder.

When asked if they were aware of the heat that confrontation generated, Grace replied, “Yes, we felt that when we were doing it! There was a different energy in that catfight. We really loved that because it can be so easy to go head-to-head like you’re in a boxing ring, but when you have a different element added where you’re not afraid to really get into each other’s faces... I thought it was just a really great energy. And, it was something I don’t think people expected to see.”

Another improvised aspect of the show that made it to the final cut is Cookie’s nickname for Anika: Boo Boo Kitty.

“I really love it!” Gealey expressed. “And, I love it when she gives my nickname a nickname! Sometimes, she just calls me Kitty,” Grace laughed. “Not only is it a great nickname, but we deal with a lot of felines on the show with the Lyons, and Anika represents the dainty, classy feline aspect of that. She is a kitty cat. Though, I wouldn’t call her timid! She definitely has some claws -- which we’ve seen -- and she definitely wants to be a lion. Pun intended.”

As far as what’s coming up for her character on the Jan. 28 episode, Grace revealed, “In this next episode, you get a chance to really see how Anika feels about her job. You get to see how she takes responsibilities into her own hands. Just like everybody else on the show, you’ll be getting to see a little bit more meat of who she is this week.”