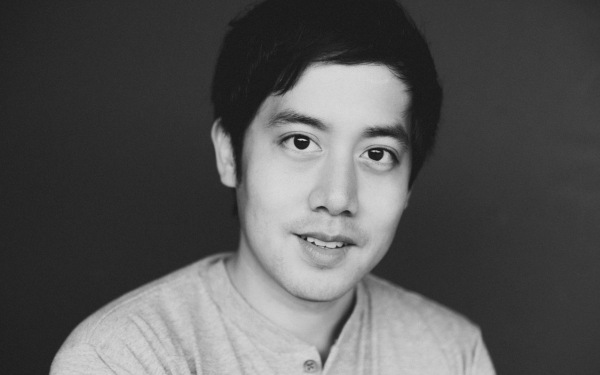 “I am the biggest critic of movies that you could imagine,” Allen Evangelista states, “and, if I’m in it, it’s even worse! But Project Almanac is smart and it concentrates on the characters first to make sure you really care about them. By the time they start traveling through time, you really are invested in them.”

The intense trailers popping up on your favorite genre television shows and circulating the Internet seem to suggest that, in Project Almanac, a closely knit group of friends discover they’ve already built a time machine. The question they need to address is...how can they use it to make their lives better? The darker aspects of the trailer hint that somewhere along the way, they do something very wrong, which has dire consequences...possibly even the flickering out of existence kind.

That’s all speculation based on the trailers, however. Evangelista (Zoey 101, The Secret Life of the American Teenager, Once and Again, Mozart and the Whale), who plays Adam in the film, shares his perspective of the film's plot.

“It’s basically about five teenagers who stumble upon blueprints to build a time machine,” he responds. “At first, the focus is on the question, ‘Should we do it?’ Then, after we end up doing it, the question becomes, ‘What would you do with that kind of power?’ The film takes logical steps and it points out what you should and shouldn’t do. I guess it’s safe for me to tell you that, somewhere along the way, a mistake is made. Obviously, this mistake is something that anyone could have done, meaning, it didn’t seem like such a bad thing at the time. And, that’s all I’m going to tell you.”

Evangelista's character, Adam, is one of the best friends of the main protagonist, Quinn Goldberg, played by Sam Lerner. “I like to explain him this way,” Allen offers, “If David [played by Jonny Weston] is Kirk, I’m his Spock. He’s the angel on the shoulder, the one who tries to check everyone’s steps to make sure that we don’t mess anything up. Especially when dealing with time travel! Adam is the responsible one of the group. He does have fun, but he wants to make sure that it’s not too much fun because we could end up destroying the world...basically.”

Allen most likely landed the role because, in many ways, that’s who he is. “I am a little older than the rest of the cast,” he admits, “but I am also kind of a control freak. I like to plan things out, and that is what Adam does. Everyone in the cast kind of has a little bit of themselves in their characters.”

That “little bit of themselves in their characters” aspect is a huge part of the magic that makes this film work. As Allen stated earlier, this story focuses on the characters first, and the impact that this story has is a direct result of the audience really believing these five kids are best friends. To ensure the cast had that special something, the audition process took a bit longer than usual.

“We had a six-month casting audition process,” Evangelista revealed. “That’s the longest one that I’ve ever been a part of. Before we knew for sure, we were mixed and matched a few times at the auditions. We all ended up bonding by exchanging numbers and telling each other, ‘Hey, let me know if you hear anything.’”

Even after the final cast was determined, the actors were given time to hang out and bond further. Allen recalled, “Before we started principal photography, they took us to an arcade with bumper cars, let us loose and said, ‘become friends!’”

Sofia Black-D’Elia, Virginia Gardner, Jonny Weston, Sam Lerner, and Evangelista were initially just cast as friends in the film, but over the course of the audition process, they became actual friends.

When asked if he had any closing comments on the film, Allen replies, “These characters act exactly how you think they would act with having that power. It’s definitely a sci-fi film, but it is so grounded in the fact that everything makes sense, everything is a logical step. I really think the director nailed it and it’s really a fun ride!”