What can I wear today? StyleIt app takes guesswork out of outfits 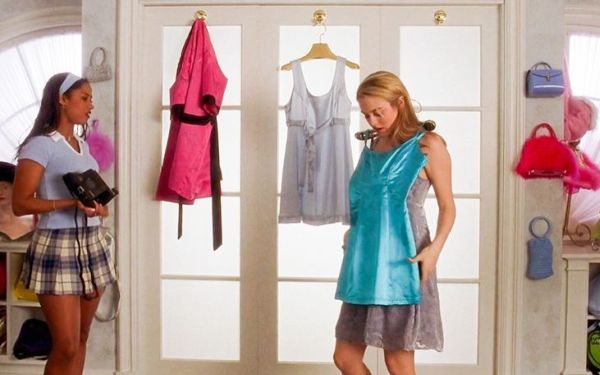 Maybe Alicia Silverstone's character was ahead of the curve when it came to choosing outfits.

Alicia Silverstone’s character in the 1995 chick flick ”Clueless” had the right idea: Let a computer program pick out your outfits so you never have to stress about what to wear again.

Now there’s an app for that, thanks to software engineer and Carnegie Mellon University grad Henry Kang.

His San Mateo, Calif.-based company Peekabuy is behind StyleIt, an iOS-compatible app that suggests outfits for women based on pieces already in their closet. The China native, now in his early 30s, came up with the concept a few years ago while he was a doctoral student at CMU and his wife, Shawna Shu, also from China, was studying at Duquesne University.

“Every morning she would repeat the same question,” he says. “‘What can I wear today?’”

This was his a-ha moment, he says, that made him decide to apply his research to coming up with a 21st-century version of the “Clueless” wardrobe builder.

Here’s how it works: Download the app and take a photo of a piece of clothing you own. Within three seconds, the app will pull available items from more than 450 retailers such as Macy’s, Nordstrom and American Eagle to curate 10 different outfits to go with the photographed piece. If a user likes the suggestions, she can purchase them through the app, and Kang’s business earns a commission for the sale. If it’s not to her taste, she can swap the selections for new ones.

While there are lots of apps out there that aim to help women maximize their wardrobe, the technology behind StyleIt and the speed at which it functions are what make it unique.

“The technical difficulty of what he is doing is significant,” says Martial Hebert, a Carnegie Mellon University professor and the director of its Robotics Institute who served as one of Kang’s Ph.D. advisers.

To make the outfit suggestions, the app crawls thousands of fashion blogs and uses algorithms to master how these experts approach style and put together ensembles. The app also learns more about what’s on trend based on how users interact with it, Kang says.

Colleagues and professors from CMU have supported him along the way. Kang has worked with a few other CMU grads as the app has evolved, and his company’s first investment came from another one of his advisers, Takeo Kanade, a professor and former director of the Robotics Institute. StyleIt has acquired a strong following among current CMU students, too, Kang says.

The fashion and tech industries also have taken notice. The startup has been spotlighted by Wired.com, Yahoo Style and CNBC and was featured as one of the best new apps in the Apple App Store. And StyleIt is just getting started, Kang says. He has big visions for the app, including an Android adaptation and eventually the ability to offer fashion tips for men, too.

“People at different ages always have the need for style,” he says. ”It can really impact a lot of users.”