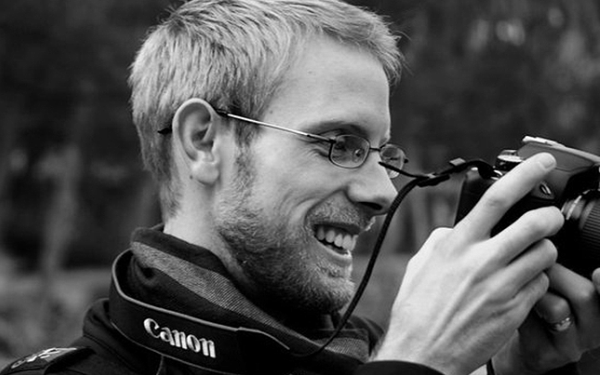 J. Christian Jensen entered his student documentary for Oscar contention the way you might buy a lottery ticket. On a whim.

He was so certain that his Stanford thesis project had no prayer of getting a bid that he didn't bother getting up when the nominations were announced at 5 a.m. Jan. 15. Luckily his father in Utah did, and awoke Jensen with the news that his film "White Earth," a haunting look at life in a hardscrabble North Dakota oil town as seen through the eyes of its children, was nominated in the short documentary category.

"I'm not the star-struck type. I've never wanted to be a celebrity," says the soft-spoken Jensen, 31, who lives in Palo Alto with his wife and baby. "But this is very exciting. I feel like I found the golden ticket."

"White Earth," which is playing with the other nominated documentary shorts at the Camera 3 theaters in San Jose and the Rafael Film Center in San Rafael, and is also available on Vimeo, is the first Stanford student documentary to earn an Oscar nomination in 40 years. Competition is stiff -- there were nearly 60 entries whittled down to five nominees -- and a documentary has to win the top prize at a major film festival to be eligible. "White Earth" earned that when it won the jury prize at the Full Frame Film Festival based at Duke University.

"We're really excited about the nomination," says Stanford documentary film professor Jamie Meltzer. "What's so special about the film is that it gives us the unique viewpoint of these young kids. That takes us outside the politics and lets us see the issue from a more human angle."

It was Jensen's father, Jim, who had first mentioned the exodus of migrants heading to North Dakota for a shot at a better life. Jensen followed that lead, spending about nine months working on the brooding 20-minute piece in and around the small town of White Earth, whose population has zoomed from 60 to 500 amid the oil rush.

"It's a 'Grapes of Wrath' scenario with families pouring into town to live in trailers and hunt for work," says Jensen, who cites director Terrence Malick as a key influence. "They come for the money they think they can make. Some make it, some don't. The economics are brutal."

Jensen, who has a background in journalism, worked hard to build the trust of the children and parents he encountered in that land of smoke and fire before capturing their lives on film.

"Christian's film is powerful because of the winning characters it depicts," says Jan Krawitz, Stanford documentary film professor, "and the way in which he was able to create a character out of the town."

Jensen describes a frigid Midwestern terrain of gigantic oil rigs drilling day and night as flames shoot out from the ground toward a burning orange sky.

"It was like a post-apocalyptic vision from a science fiction novel," he says, "like an alien invasion."

At the heart of the story is James McClellan, an outspoken 13-year-old with a cynical view of the oil industry. One of the town's many migrant children, he must amuse himself all day while his father works a rig.

"As soon as I met him, I knew I had my narrator. He's the film," says Jensen. "He's so smart and compelling and he has very strong criticisms about oil. Although he is also aware that some day he may have to go to work in the fields himself."

James, like many of the children of in the film, lives a rootless existence. At the time of filming, he didn't attend school because he and his father moved from trailer to trailer and they never had a permanent address.

"Children can slip through the cracks," says Jensen. "Families come to the boom town thinking the streets are paved with gold and some do make good money but the cost of living is so high that it's hard to get ahead."

Jensen, who has since received his MFA from Stanford and now teaches film and video there, says the film has no political agenda.

"It's not an issue film, but I wanted to give people a more empathetic look at this world," he says. "The film can be bleak, it can be harsh, because it's about the worst of the American dream, but there is light in it as well."

James, for instance, has now moved back to North Carolina with his mother where he is able to feel more settled and get back in school.

As for Jensen, he's basking in his moment of recognition, eager to parlay his Oscar buzz into getting "White Earth" the widest possible release.

"All of a sudden a huge audience will be able to see the film, and that's very gratifying."