Harper Lee sequel to ‘To Kill a Mockingbird’ coming in July 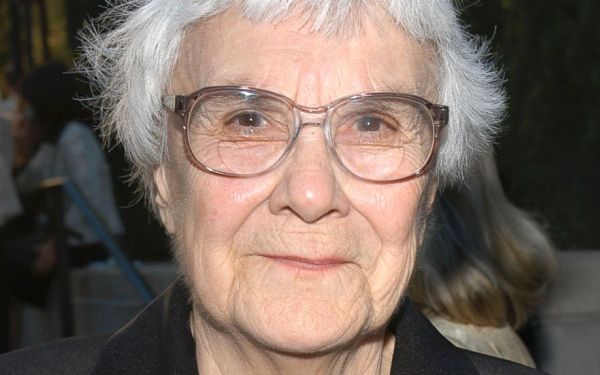 A recently discovered novel by Harper Lee will be published in July, her first since her acclaimed “To Kill a Mockingbird” was published in 1960.

Publisher Harper announced on Tuesday that it had acquired the rights to Lee’s novel, titled “Go Set a Watchman,” which will be published on July 14. Lee said in a statement released by Harper that she completed the 304-page book in the mid-1950s and it was rediscovered by her lawyer Tonja Carter last fall.

The publisher plans a first printing of 2 million copies and it will also be available in an electronic edition.

“After much thought and hesitation I shared it with a handful of people I trust and was pleased to hear that they considered it worthy of publication,” 88-year-old Lee said in the statement. “I am humbled and amazed that this will now be published after all these years.”

The novel is set during the mid-1950s and features many of the characters from her first novel some 20 years later. In the book, the character of Scout has returned to Maycomb, Ala., from New York to visit her father Atticus.

“She is forced to grapple with issues both personal and political as she tries to understand her father’s attitude toward society, and her own feelings about the place where she was born and spent her childhood,” the statement said.

Lee, who was born in 1926 in Monroeville, Ala., has grappled with issues of her own in recent years. She lost her copyright to “To Kill a Mockingbird” and had to sue her former agent in 2013 to get it back.

The book, which won the Pulitzer Prize and was adapted as an Oscar-winning film, has become a beloved classic. It has sold more than 30 million copies in 18 languages and still sells about 750,000 copies a year in the U.S. and Canada.

When “The Mockingbird Next Door: Life with Harper Lee,” was published in July, Lee quickly disputed the account. The book was a chronicle of the 18 months the author, Marja Mills, spent living in a home next door to Alice and Harper Lee.

After it was published, the famously very private Lee sent a letter to journalists saying that “as long as I am alive any book purporting to be with my cooperation is a falsehood.” Mills has said she wrote the novel with the permission of both sisters.

There are no plans for Lee to do publicity for her new book.

The deal was negotiated between Carter and Michael Morrison, president and publisher of HarperCollins US General Books Group and Canada. The book will be published in the United Kingdom by William Heinemann, an imprint of Penguin Random House Inc.

Lee had set aside the novel after “To Kill a Mockingbird” was published by J.B. Lippincott and the original manuscript was considered to have been lost. But last fall, Carter discovered it in a, “secure location where it had been affixed to an original typescript of her first novel,” according to the statement.

“This is a remarkable literary event. ... its discovery is an extraordinary gift to the many readers and fans of “To Kill a Mockingbird,” Harper publisher Jonathan Burnham said in the statement. “Reading in many ways like a sequel to Harper Lee’s classic novel, it is a compelling and ultimately moving narrative about a father and a daughter’s relationship, and the life of a small Alabama town living through the racial tensions of the 1950s.”