The Dodos get dark 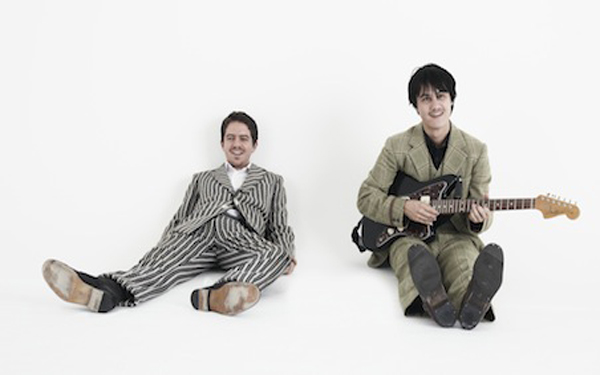 Bay Area indie rock band the Dodos—vocalist-guitarist Meric Long and drummer Logan Kroeber—take listeners to a dark place on their sixth album, "Individ." It’s not that Long and Kroeber want to prod fans into the land of shadows, but the nine tracks, which total 38 minutes, frequently foray into somber territory. The music isn’t necessarily downcast; in fact, the guitar-led numbers are quite the opposite at times, with exultant instrumentation and brimming confidence. It’s the lyrics that are often saturated with sadness, due in part to the 2012 death of touring guitarist Chris Reimer and then the illness and loss of Long’s father. "Individ" was recorded right after the duo’s last release, 2013’s "Carrier," which also touched on bereavement and disconsolation.

Long says there aren’t any specific songs he wrote which focus on someone dying, but tunes like serious, acoustic/electric “Darkness” and up-tempo “Goodbyes and Endings” are immersed with persistent pathos. During “Darkness,” Long repeats the refrain, “Darkness was overhead,” like a mantra to put ghosts at bay. Kroeber’s insistent percussion pounds along with Long’s syncopated guitar, reverberating the dusky lyrics. “Goodbyes and Endings”—which also melds acoustic and electric guitars—has a nearly unnerving arrangement as it changes time signatures every few bars. Long’s words have a phantom undercurrent, especially with lines such as “I’m still waiting on that answer,” and “like a memory I remember, goodbyes and endings.”

Although "Individ" follows "Carrier," the material on "Individ" is closest in approach and spirit to The Dodos' commercial breakthrough, 2008’s "Visiter." Both sessions show creative expansions between Long’s guitar and Kroeber’s drums. And it’s clear from the new album's first cut, the intricate “Precipitation,” the twosome is still able to create a sizable sound with guitar and drums. Over the course of six minutes, “Precipitation” shifts from an atmospheric introduction to sections with virtuoso guitar and elaborate drum patterns. As Long achingly asks, “can we connect,” the music rises and spirals into a joyous pinnacle. By the midpoint, The Dodos burst with loud, circling riffs and hammering drums. When a percussive crash concludes the piece, it feels like a release. The album’s initial single, “Competition,” has a comparable mood of naturalness turning to a determined complexity. Long’s staccato guitar provides a tense effect to his unforced vocals, which have a melancholy characteristic, noticeably during lyrics like, “if I let you go, could I forget you?”

The Dodos end with three notable achievements. The heavy “Retriever” is close to being confrontational with heightened percussion and rhythmic accents. Long’s guitar is fuzzier than on previous tracks and supplies a stormy connotation. The torrent between the hectic guitar and drums is exhilarating. Long’s reverb-tinted singing adds to the edginess. He probingly inquires, “Is this all that you want, the moment to carry?” As the piece upsurges in pitch, he continues to request a response, but to no avail. Long and Kroeber go even heavier on the rough but brief, “Bastard.” It’s a decelerating, steady punch to the gut. Long states suggestively, “I will follow you until it’s over, I will stick to one.” It is uncertain what will occur or what has transpired, but Long lucidly affirms over and over, “I’m no longer your bastard.” The Dodos finish the whole program with the imposing prog-rock/indie rock mélange, “Pattern/Shadow.” Long utters, “You blew us away, and I could not escape.” It’s unspecified who is being addressed, but Long makes sure we know, “your shadow remains,” which he recites like a chant to keep something away: perhaps a memory; or maybe a presence-filled nightmare. Either way, there’s undoubtedly some intangible dread. “Pattern/Shadow” is a fitting finale. It’s a summation which is multidimensional, dynamic and penetrating.

The Dodos' latest album, Individ, is in stores now.