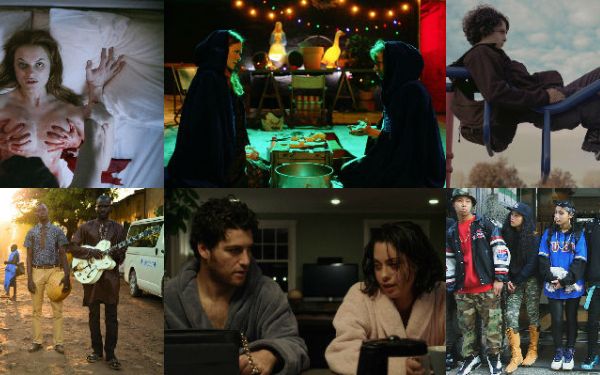 The South by Southwest Film Conference and Festival, which has become a leading launching pad for new talent, released its 2015 programming announcement on Tuesday. Running from March 13-21 in Austin, Texas, the festival will show 145 features, with 100 world premieres, 13 North American premieres and 11 U.S. premieres, chosen from a record 7,335 submissions.

“We were really trying to show fewer films this year. We know it’s hard for journalists to cover, and we want to give them all their space,” said Janet Pierson, head of SXSW Film. “But as we were watching, we just kept finding films that were really compelling. It’s sort of like sculpting. You start by picking the ones that really speak to you, and then all of a sudden we’re out of room.”

Among the most high-profile selections is a work-in-progress screening of Judd Apatow’s highly anticipated “Trainwreck” well ahead of its opening in July. Written by and starring the rising Amy Schumer, the film also features Bill Hader, Brie Larson, Tilda Swinton and LeBron James. Apatow has a long relationship with the festival.

“I took ‘Knocked Up’ there in 2007, and it was our most fun screening,” Apatow said by email. “The audiences are always electric and completely comedy receptive. I’m beyond excited to take ‘Trainwreck’ to SXSW.”

“We do that intentionally,” Pierson said. “It’s an interesting thing because it’s always a question of which ones are right for us. We try not to go too broad, so they have a point of view. You can really feel the filmmaker behind it. That’s how we make our decisions. It’s not wide open. We look for creators that we can support. We’re really happy the way it turned out this year.”

The filmmaker George Miller, whose upcoming “Mad Max: Fury Road” is one of the most anticipated titles of the year, will be in Austin to present his earlier “The Road Warrior.”

There will also be the U.S. premiere of Ryan Gosling’s directorial debut, “Lost River,” which hit a rough patch following a poor reception at last year’s Cannes Film Festival and subsequent uncertainty regarding its theatrical release. SXSW likewise gave a friendly berth a few years ago to the troubled Mel Gibson/Jodie Foster comedy “The Beaver.”

As to why the festival might be a soft landing spot for films having a hard time of it, Pierson said, “I might say that we’re a friendly place. We support artists taking chances. You’ve got this really intelligent and enthusiastic film audience. They’re looking to embrace films. It’s different from some cities, where people start with being critical, and in Austin that’s definitely not the thing.”

There are also plenty of filmmakers working on the sort of micro-budget indies on which SXSW in part made its name, with films including Alison Bagnall’s “Funny Bunny,” J. Davis’ “Manson Family Vacation,” Ross Partridge’s “Lamb” and Andrew Droz Palermo’s “One & Two.”

“The festival’s grown by leaps and bounds in the last seven or so years,” said Austin-based filmmaker Bob Byington, who will have the world premiere of his “7 Chinese Brothers,” starring Jason Schwartzman, during the fest. “There’s definitely a shift that’s gone on.”

South by Southwest has been at the forefront of the recent talent crossover between film and television in more ways than one. The current Sunday HBO lineup of “Girls,” “Togetherness” and “Looking” were all created by SXSW alums.

And the festival has also led the way in including television programming as part of its lineup, and this year will be the second for the section known as “Episodics” and will feature five series premieres.

Screening for the first time will be episodes of “Angie Tribeca,” created by Steve Carell and Nancy Carell starring Rashida Jones; and “The Comedians,” co-created by Larry Charles and starring Billy Crystal. Also screening will be episodes of Rob Thomas’ “iZombie,” Sam Esmail’s “Mr. Robot” and Marti Noxon and Sarah Gertrude Shapiro’s “UnREAL.”