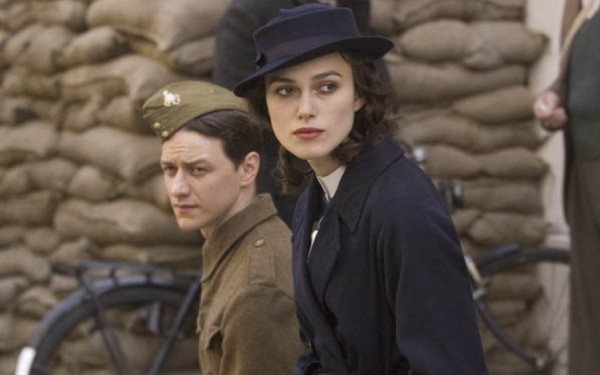 I have a book-critic colleague with the enviable job of writing about books for BBC.com. In December, Jane Ciabattari put out an email to a few dozen of her fellow critics, asking us for nominations for the great novels of the 21st century.

Thanks for asking, Jane, but ... really? Aren’t we just putting our toe in the water of the 21st? Then I thought about it, and the more I pondered, the more I thought: What a lot of stupendous books have been published since Jan. 1, 2001.

So I sent in my picks. To my immense surprise, six of them made the final list, boldly titled “The 21st century’s best novels” (seems like “so far” should be added to that title, but you know headline writers). How unusual for critics, including folks from The New York Times, Time Magazine and Kirkus Reviews, to agree!

Here are the picks:

“Atonement” by Ian McEwan. This novel, published in Britain in 2001 (2002 here), coalesces around an imaginative young girl’s heedless mistake, one that alters a number of lives. It sweeps from 1935 England through World War II into contemporary times. It’s about guilt, redemption and the human compulsion to alter uncomfortable truths, and the need — no other way to say it — for atonement.

“The Corrections” by Jonathan Franzen. I get into some real spats about Franzen with fellow readers — they don’t like his vision of what makes people tick. My two cents: This 2001 novel, which follows a troubled Midwestern family as the destinies of its three adult children play out, put its finger on the pulse of the Age of Anxiety.

“The Known World” by Edward P. Jones. This 2003 novel, about black Southerners who owned slaves in the years before the Civil War, is loosely based on historical fact. By taking race out of the slave-master equation, Jones brilliantly illuminated the complicated and dreadful impulses, both human and economic, that would lead one human being to enslave another.

“Gilead” by Marilynne Robinson. Iowa writer Robinson’s 2004 Pulitzer-Prize-winning novel is written in the form of a letter penned by an aging Iowa preacher to his much younger son, to be read, most likely, after the minister’s death. Eloquent and incandescent, it wrestles with issues of faith and doubt, peace and violence, blame and reconciliation. If I could get away with it, I would also mention Robinson’s two other books in the “Gilead” trilogy, “Home” and “Lila.” I guess I just did.

“The Brief Wondrous Life of Oscar Wao” by Junot Diaz. Diaz’s 2007 novel follows the fortunes of Oscar, an imaginative, overweight Dominican-American immigrant whose tragic/hilarious struggles with growing up in Paterson, N.J., move into a much larger frame, as Oscar travels back to the Dominican Republic in search of the truth of his family’s travails under the dictatorship of Rafael Trujillo. Narrated by Oscar’s college roommate Yunior (a stand-in for Diaz), this novel bursts with humor, linguistic pyrotechnics and life, and is freighted with the legacy of the historical tragedy borne by the Dominicans.

“Wolf Hall” by Hilary Mantel. This 2009 novel by English writer Mantel looks at the reign of Henry VIII through the eyes of Thomas Cromwell, commoner and chief political fixer for the king. Her portrayal of Cromwell, cunning, complex and loyal by turns, is a revelation. Her evocation of the 16th century, where this story plays out, made me wonder if we are living in a time that’s had the color and vitality leached from it.

What other novels made the BBC list? “Middlesex” by Jeffrey Eugenides, “White Teeth” by Zadie Smith, “Half of a Yellow Sun” by Chimamanda Ngozi Adichie, “Billy Lynn’s Long Halftime Walk” by Ben Fountain, “A Visit from the Goon Squad” by Jennifer Egan, “The Amazing Adventures of Kavalier & Clay” by Michael Chabon.

“Oscar Wao” got the most votes.