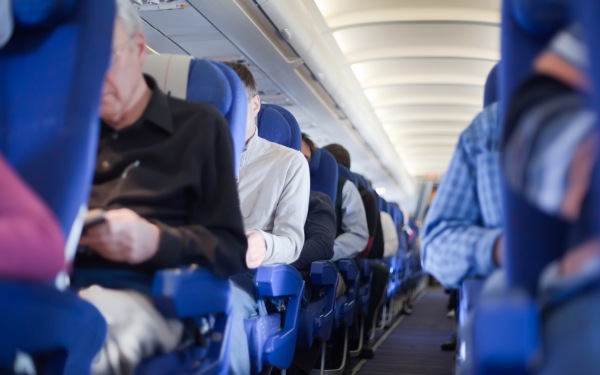 An impending vacation had me set to board an airplane with the universal question along with my carry-on:

What kind of stranger will I be sitting next to for several hours?

It could go well or horribly. You never know.

However, it turns out that now, in a few cases, you can know.

KLM Royal Dutch Airlines offers a program called Meet & Seat. It lets passengers share parts of their Facebook, Google+ or LinkedIn profiles, see the profiles of other participants on their flight and choose seats next to someone who seems like good in-flight company.

And the Quicket smartphone travel app recently introduced a Facebook check-in feature that lets users see who will be sitting next to them and, if those passengers have allowed it, link to their Facebook profiles.

But is the thought of using social media to see who is on a flight and choose whom to sit with attractive? Or creepy?

When Meet & Seat was introduced in 2012, commentators warned of the intrusion of networking into a bastion of quiet away from work; of hellish flights trapped next to Facebook stalkers; of cabins turned into the social equivalent of high school cafeterias.

But the program, which reveals the social media profiles only of people who opt into it, has fans. Last year, it was used by 30,000 passengers.

For me, the notion induces a twinge of social anxiety.

Do I really want to open myself up to an online vote on whether I am interesting enough to be a worthwhile seatmate?

Frankly, when I’m flying, I don’t want to be interesting. I want to be plugged into my headphones and doing my knitting.

This social matching feels like it could turn flying into some kind of dating game, a cross between LinkedIn and OKCupid. Maybe we’ll end up writing seatmate-enticing personal ads:

Me: Petite, headphone-using knitter with mild fear of flying. I enjoy listening to music, looking out the window and drinking throughout the flight.

You: Off-duty airline pilot, 40 years-plus experience and military veteran preferred, willing to hold my hand in turbulence and explain why plane will not fall down. Knitting knowledge a plus.

And what about hurt feelings?

KLM’s Meet & Seat lets passengers switch seats as many times as they like. What if some fascinating personage reserves the seat next to me but then changes it for someone better? Or if I choose a seat next to a prime candidate and the object of my seat affection promptly moves?

It’s enough to make me want to stay home from high school.

Most of us have simple seatmate wishes. We would like to avoid the discomforts caused by small seats and large passengers.

Some of us would like to travel in silence and hope for a seatmate who feels the same. Some of us wish planes had family sections, which I would have loved when I traveled with young children and I would love now that I travel with grown ones.

More basically, we don’t want to sit next to people who are smelly, barefoot, clipping their nails or eating gross food.

Even more basically, a friend of mine doesn’t want to sit next to someone who gets drunk and barfs on her, which once happened to her daughter.

Networking is the least of our concerns.

As for interesting conversations with seatmates — sometimes they just happen, without any planning.

I’ve had some great conversations with seatmates. There was the guy who had just bought a beachfront hotel to run in Florida. The young woman heading off to start her first post-college job. The man on a long trans-Atlantic flight who talked about being divorced with children on another continent.

And I’ll never forget the beefy, kindly ex-football player who let me clutch his arm when a flight turned bumpy and talked to me to distract me the rest of the way home.

I hadn’t chosen to sit with any of them.

They were random strangers. I got to sit next to them through luck of the draw. If I had been given the opportunity to choose a seatmate through social media profiles, I might not have picked any of them.

Chance picked them for me.

I’m going to stick with chance as my seat assignment program, at least in the future.

Because for a recent trip, at the last minute, I moved someone I’m connected with on LinkedIn and Instagram from a seat in another row to a newly open seat next to me.

And I’m pretty sure my daughter and I will get along just fine.