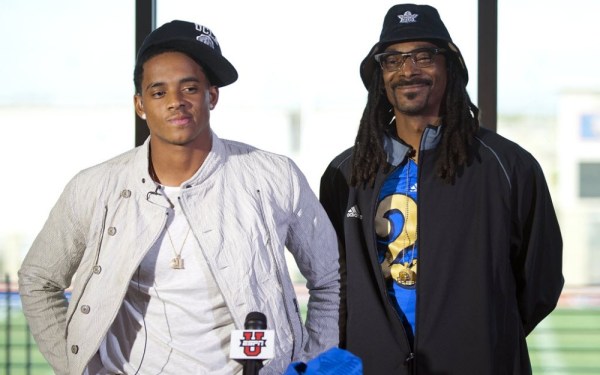 There is no other way to look at this other than a UCLA victory over USC.

Cordell Broadus, a wide receiver from Las Vegas Bishop Gorman High, said Wednesday morning on ESPNU that he had signed with the Bruins. His father, rapper Snoop Dogg, has had a presence with the USC football program since the Pete Carroll era.

“I have had the offer [from UCLA] since the ninth grade,” Broadus said. He cited Coach Jim Mora as a big reason for his decision.

“UCLA presented the best platform for him when his football career is over,” said Calvin Broadus, a.k.a. Snoop Dogg.

Broadus had 39 receptions for 632 yards and 11 touchdowns last season.