Young fans can be kiss of death at Grammys 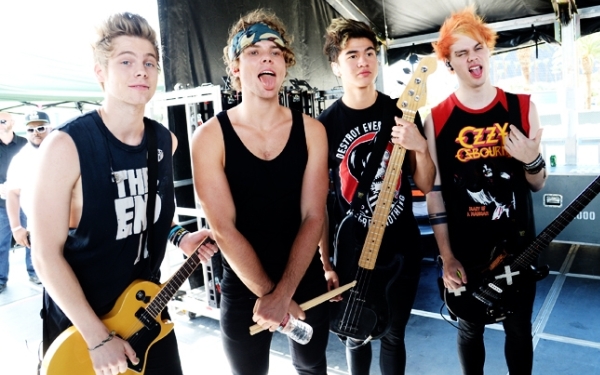 LOS ANGELES — Has the Recording Academy finally shaken its long-standing fear of pop?

Scan the nominees for the major prizes at this year’s Grammy Awards, to be handed out Sunday night at Staples Center in Los Angeles, and you’ll find many familiar names from Top 40 radio, including Meghan Trainor, whose “All About That Bass” spent eight weeks at No. 1 on Billboard’s Hot 100, and Taylor Swift, nominated for record and song of the year with “Shake It Off.”

Also in the mix are Beyonce, Pharrell Williams, Sia and Iggy Azalea, hit-makers more proudly reflective of the current musical moment than the veterans and recyclers Grammy voters typically embrace. (Think of the nominees for album of the year in 2013, when four out of five represented a conventional ideal of rock music as white guys with guitars.)

For an organization famous for undervaluing pop’s now-ness — Madonna, let’s recall, waited until 1999 to win a Grammy for something other than a music video — this feels like progress.

Look deeper, however, and a different prejudice lurks. Yes, the Grammys may have found room for artists uninterested in becoming the next Bob Dylan or Bruce Springsteen. Even Sam Smith, the devout retro-soul practitioner with six nominations, represents something of a boundary-pusher as an out gay man.

Yet the nominations maintain the Recording Academy’s entrenched disdain for a particular subset of pop: music beloved by little girls.

We’ve seen it in recent years with shutouts for Justin Bieber and Miley Cyrus. And now it’s claiming victims such as Nick Jonas, whose great electro-R&B single “Jealous” was overlooked by Grammy voters, and the hugely popular boy bands One Direction and 5 Seconds of Summer, neither of which is up for a single award.

Most egregiously, voters declined to recognize music from the Disney blockbuster “Frozen” in any but the film-related categories even though the movie’s soundtrack was the second-biggest-selling album of 2014 and spawned a massive hit single in “Let It Go.”

Ask a group of fifth-graders what song defined last year and you’re as likely to hear “Let It Go” — in either its Idina Menzel or Demi Lovato rendition — as you are “Shake It Off,” the lead single from Swift’s “1989” album, which slipped past “Frozen” as the year’s biggest seller in the week that ended Dec. 28.

Shouldn’t that popularity count for something?

Clearly, Swift is a favorite of young girls and an artist who’s never lacked for Grammy attention: Beyond her record and song nods this year, she’s also in the running for pop solo performance.

And her mantel is already crowded with seven Grammys, including a coveted album of the year prize for 2008’s “Fearless.” (“1989” was released in October, after the Sept. 30 cutoff date for eligibility in this year’s ceremony.)

But for all her currency among 10-year-olds, Swift embodies an old-fashioned creative model — the genius auteur doggedly pursuing an idiosyncratic vision — long endorsed by the Recording Academy. If we should be looking to anyone for the Grammys to anoint as the next Dylan or Springsteen (and we shouldn’t), it’s her.

Something similar applies to Trainor, who borrowed the sound of classic doo-wop for “All About That Bass,” a song she didn’t expect to catch on with kids the way it did. For Grammy voters to reward her song merely reaffirms their established tastes.

And this is where we really see an institutional bias because much of the music neglected by the Grammys is just as attuned to throwback styles.

“Frozen” adheres even more closely to tradition, with show tunes not unlike those on the many cast recordings nominated for album of the year — including “The Sound of Music,” “Grease” and Disney’s own “Beauty and the Beast” — over the last half-decade.

How are we to account for the exclusion of these new records if not by concluding that the Recording Academy discounts the mostly young, largely female fan base each has cultivated? That voters somehow view those listeners’ tastes and habits as less meaningful than older listeners’?

What makes such a dismissal especially misguided — at least for a trade group — is that more than ever the music industry needs the kind of fervent devotion plainly evident in fans of “Frozen” and One Direction. After all, they’re the ones buying not just music but T-shirts, lunchboxes and, in One Direction’s case, enough concert tickets to fill the Rose Bowl three times over back in September.

It’s possible, of course, that Grammy voters simply didn’t care for One Direction’s music. (Possible, but hard to believe.) And maybe they’d just grown tired of hearing their children sing “Let It Go” by the time they filled out their ballots.

The Grammys, as distinct from Billboard’s charts or Spotify’s streaming statistics, will inevitably reflect those personal quirks; it’s not a contest built on data.

But this year’s snubs seem targeted and willful. And that’s more than narrow-minded thinking. It’s bad business too.