UC Davis tensions on the rise after controversial vote 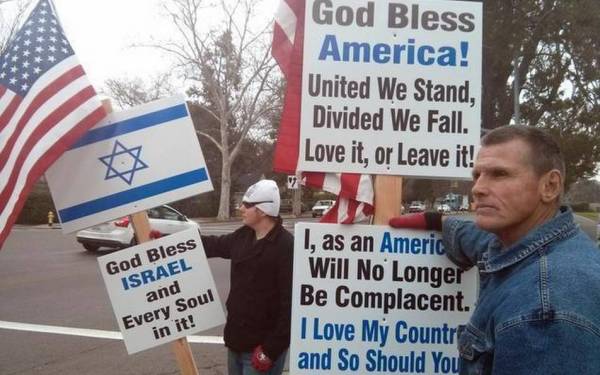 SACRAMENTO, Calif. — Tensions are rising at the University of California, Davis, after student senators passed a pro-Palestinian resolution seeking divestment from businesses with Israeli ties and the Jewish community suffered two hate crimes in recent days.

Campus relations are so strained that UCD’s student government canceled its regular meeting scheduled for Thursday.

“I feel that it would be in the best interest of our entire student body to take time to pause and reflect before we begin a process of renewed dialogue,” wrote Armando Figueroa, president of the Associated Students of UC Davis, in a campus notice.

On social media, the attacks against both sides of the debate have been vicious. Several students say they have been the target of death threats and name-calling.

“We’re afraid to walk on campus,” said Marcelle Obeid, president of the Students for Justice in Palestine.

Obeid said Muslim students wearing head scarves have been particularly singled out and called “terrorists.” She said that several students have tried to stare her down while she ate lunch on the benches of the student union.

On Wednesday, Davis police announced they were launching a separate investigation into hate graffiti inside a bathroom at the Hillel House, a prominent Jewish organization. Authorities said a janitor found the words, “grout out the Jews,” etched into the wall near a toilet stall. Police believe the vandalism occurred between Jan. 22-23.

Julia Reifkind, president of Aggies for Israel, described the mood on campus as “upsetting.”

The divestment “bill is very one sided,” she said. “It rejects the pro-Israeli and Jewish voice altogether.”

Security has been tightened at the fraternity and Hillel House in response to the tensions on campus. Both off-campus organizations declined comment Thursday, citing security concerns.

Student government leaders voted overwhelmingly last week for an advisory resolution asking University of California regents to divest from businesses related to Israel. The 8-2 vote, with two abstentions, came after a heated hourlong debate that resulted in pro-Israeli students walking out in protest.

The resolution asked UC regents to “undertake practices of corporate social responsibility through divesting from corporations that aid in the Israeli occupation of Palestine and illegal settlements in Palestinian territories, violating both international humanitarian law and international human rights.”

Figueroa refused to discuss the divestment issue Wednesday and walked out of the student government office when asked about the vote. Vice President Maxwell Kappes would only say “it’s a difficult time.” Several Associated Students of UC Davis senators did not respond to a request for comment.

Since the vote, university administrators and student leaders have found themselves in a firestorm of controversy, with Fox News and interest groups latching onto the divestment story.

On the official UC Davis Facebook page, users have expressed their disdain for the university with petitions, boycotts and hurtful language against students. A post from the university about the Alpha Epsilon Pi hate crime generated 152 comments.

Milton Lang, associate vice chancellor of student affairs at UC Davis, emphasized that the attacks against students and the university were coming from outside sources.

“There are folks out there who have crossed the line in terms of spreading hate,” Lang said. “The volume of remarks on social media has been unbelievable.”

Lang said the university is engaging students and hopes to move past the issue, noting that recent events don’t reflect the university’s values.

“We believe in agreeing to disagree and freedom of speech,” he said.

An image of pro-divestment students celebrating after the vote has been replayed on television screens across the country and shared on the Internet. The photo was posted on Facebook by Associated Students of UC Davis Senator Azka Fayyaz, a divestment supporter, with an accompanying caption stating, “Hamas and Sharia law have taken over UC Davis.”

Pro-Israeli supporters, websites and groups have latched onto the Facebook post to attack Fayyaz. But in an interview Thursday, Fayyaz said the comment was meant to be funny, not to offend. The joke, she said, came about because she previously was called a supporter of Hamas, the Islamic militant group that administers the Gaza strip.

“These things have been said aloud against us,” Fayyaz said. “But when we use it in a satirical context, we get blamed. There’s a double standard.”

She added, “I’m not condoning terrorism or violence. No matter what I posted, it would have been scrutinized.”

While the divestment vote is considered advisory, some students hope it will eventually force the University of California to sever financial ties with Israel. In addition to UC Davis, several campus governments have supported divestment from businesses tied to Israel, Obeid said, adding pressure for the regents to act. The University of California Student Association, which represents students systemwide, is set to vote on a similar resolution Sunday.

The approval of a UC Davis divestment resolution was regarded as a hard-won victory for local Palestinian supporters, who said it sends a message to American companies who do business with Israel. The resolution failed in each of the last two years.