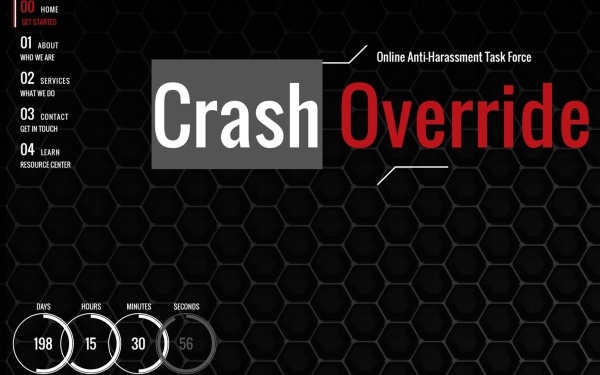 It isn’t difficult to get a glimpse of harassment in the video game industry. Simply follow the Twitter feeds of a few prominent female game critics or developers.

Just last week a handy cheat sheet was provided by Anita Sarkeesian, a prominent cultural critic whose site Feminist Frequency charts the too-often sexist nature of mainstream video games. Sarkeesian on her Tumblr revealed what amounted to “a week’s worth of hateful messages”; that is, she posted every despicable missive that was directed at her via Twitter.

Many of the comments ask Sarkeesian to, in one way or another, commit suicide. Glimpses of just a few are enough to make anyone want to put down a controller forever, especially those that carry a fatalistic, it-comes-with-the-territory tone. An example, with cleaned-up grammar: “Death threats and rape threats are in the culture of gaming. Have you played an online game? Get used to it.”

For too many people and for far too long this has been the norm, even if the bulk of players believe that common decency shouldn’t be the exception when it comes to gaming culture. Such harassment came to the fore in 2014 thanks to the quasi-Internet-driven movement known as “gamergate.”

Now, in early 2015, it appears that some good is emerging from the hate.

Independent game developers Zoe Quinn and Alex Lifschitz in January started Crash Override, a self-funded online firm dedicated to helping victims of online abuse. Quinn has long been in the center of the gamergate storm, as personal and private details regarding her and her family were regularly made public throughout 2014. Death threats and prank phone calls became a part of Quinn’s daily routine, as if wrecking havoc on her life had become a game itself.

“When your entire life is built on the Internet, all of the advice — like, ‘Just go offline! No big deal’ — is like saying, ‘People are coming into your workplace and setting everything on fire, so just don’t go into work anymore.’ It’s just a complete ill fit,” Quinn says. “The technology had advanced 20 years and the conversations around it have progressed 10.”

To explain gamergate takes some doing, and it makes little sense to those who only casually dabble in games. A quick refresher: Gamergate is a phrase that last summer became associated with violent, social-media-driven comments directed at female game developers and writers, namely those who attempted to intellectualize the medium. Gamergate is driven by a fear that criticism or a rise in diverse, experimental games will result in a sort of politically correct makeover of the medium.

“The problem is massive and rampant, and people are not educated about it,” Quinn says. “Part of the problem is dealing with the cultural perceptions that make it hard to get help in the first place. ‘Oh, the Internet is this magical alternate dimension that is opt-in and frivolous.’ How many of us live and work online? When you’re an independent game developer, you cannot be offline.”

Crash Override will act as a centralizing force, providing resources and relief for victims. Quinn and Lifschitz stress they can’t take the place of therapists or lawyers, but they are working with a network of anonymous professionals who can lend an understanding ear or make recommendations for more specialist help. The site itself will provide basic information on how people can better safeguard themselves online.

“In the case of actual harassment, we talk to people, we get a sense of what they’re facing and perform in-the-moment triage to make sure they’re safe,” Lifschitz says. “We help them if they have trouble explaining things to legal advocates or law enforcement or family. If they need to be pointed to resources that might be able to better help them, we assist them.”

Quinn herself has worked to expand topics games can discuss. She developed the game “Depression Quest,” which can be played for free in a Web browser and illustrates the often crippling nature of the affliction. As an outspoken advocate for risk-taking games, Quinn became targeted as an enemy, as if she alone could forever change what many love about the medium, namely the violence and the scantily clad women.

“One of the most frustrating things about all this is the amount of damage that’s been done to the notion of games and the people who play them in the public sphere,” Quinn says. “Gamergate is undoing the work of so many of us in the indie space who have for a long time been saying, ‘Games are for everyone. Games can do anything.’ My own work has centered on that.”

Now, much of Quinn’s work will center on helping others.

She wants Crash Override to grow slowly, which is why she and Lifschitz are not accepting outside funding. Nor do they have ambitions to turn it into a non-profit. Consider Crash Override a conversation-starter, a repository to start tackling a problem many in and out of the game community have long hoped would simply go away.