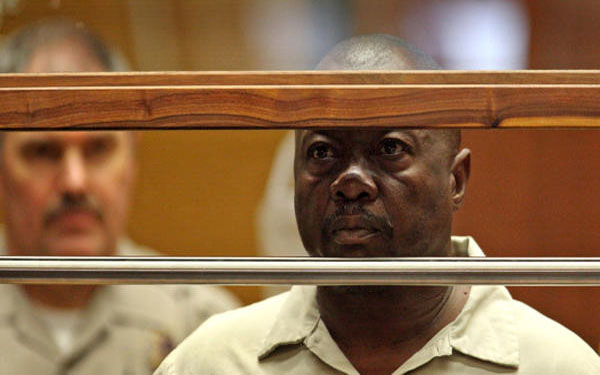 LOS ANGELES — A judge has set a summer trial date in the case of the alleged Grim Sleeper serial killer, charged with murdering 10 women and suspected of killing several others.

Lonnie Franklin Jr. turned briefly to look at the families of his suspected victims during a court proceeding Friday, where L.A. County Superior Court Judge Kathleen Kennedy said she was eager to get the trial started.

She said she would begin jury selection June 30.

Kennedy’s decision came at the end of a dramatic hearing, during which families cited Marsy’s Law, a victims bill of rights approved by California voters in 2008 that entitles crime victims and their families to a speedy trial. The family members expressed their frustration with the pace of the case.

“I just wanted to know, when will justice be served for our families?” asked Sherry Ware Costa, alleged victim Barbara Ware’s aunt.

Other family members placed blame on delays requested by Franklin’s attorney, Seymour Amster. The attorney said with multiple crimes scenes and lots of elapsed time, he had to rely heavily on experts — and his experts needed time.

Kennedy reminded the victims’ families that the schedule was always delayed in death penalty cases. “They take longer,” Kennedy said, “and I apologize for that, but that is the truth.”

“I thought I forgave you, but I was wrong,” she said. “You stole so many people’s lives.”

(Joseph Serna contributed to this report.)