Marijuana legalization could unlock millennial votes for GOP in 2016 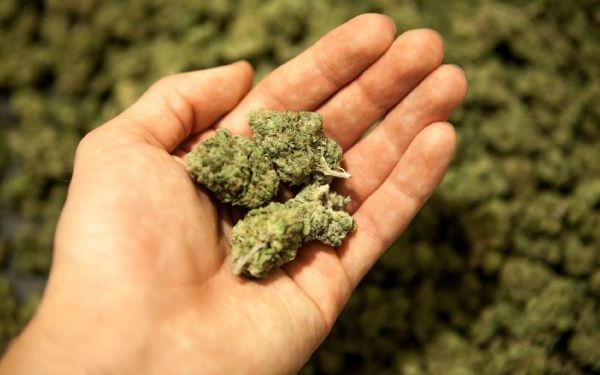 Despite the stereotypical image of the stoner who is so lacking in motivation he can’t get off the couch, a look at recent elections shows that marijuana actually does motivate people — to vote. And the phenomenon is most profound among millennials, as illustrated in the presidential swing state of Florida last November.

Those who want to see a Republican in the White House should take note — millennials could be the deciding vote in 2016, and marijuana law reform could be a key issue.

Last fall, a constitutional amendment to legalize marijuana for medical uses fell short of the 60 percent required for passage in Florida. Amendment 2 went down with 57 percent, still making it about half a million votes more popular than Republican Gov. Rick Scott.

Any Republican with presidential ambitions should pay attention to the youth and vigor shown by the 2014 Florida exit polls. Despite a historically low voter turnout nationwide, 10 percent more Floridians voted in 2014 over 2010. That statistic is all the more remarkable considering that traditionally unengaged millennials increased their percentage of the electorate by 6 points, while ever-reliable seniors’ share shrank 10 points.

The phenomenon of marijuana law reform initiatives driving increased youth participation is not limited to Florida, but few other states play the swing role in presidential politics that Florida plays. For perspective, Colorado in 2012 saw voters under 29 years of age increase their share of the electorate by 11 percentage points over 2008. The state of Washington saw an increase of 4 percent for that same demographic over the same time period.

Medical marijuana advocates pledged shortly after Election Day to put another initiative on the Florida ballot in 2016, elevating marijuana law reform from a state issue to a national issue — national because most strategists see few options for a Republican in the White House if Democrats win Florida.

Millennials in Florida voted for Obama at a rate of 61 percent in 2008 and 66 percent in 2012, yet McCain lost Florida by three points and Romney by just one. With the margin so slim, and the trend over time going the wrong way, Republicans don’t necessarily need to win millennials, they just need to not lose them so badly. The question becomes “What can Republicans say about marijuana law reform that will alienate neither millennials nor the Republican base?”

That needle may not be terribly difficult to thread. Republicans have mixed views on marijuana law reform. An October ‘14 Gallup poll shows that nationally, 1 in 3 conservatives and 4 in 10 Republicans favor making marijuana completely legal. The numbers are in line with the national surveys CampaignGrid uses to for its marijuana voter-modeling project. Exit polling in Florida shows that 37 percent of conservatives and 40 percent of Republicans are for Amendment 2.

Over the last decade, national polling indicates a significant shift in opinion that favors legalization. In 2006, a Pew Trusts survey showed 32 percent of Americans felt marijuana should be legal. By 2014, that number jumped to 54 percent. The rapid increase is being driven by two demographics — the aforementioned millennials, and Republicans. Republican support for marijuana legalization has nearly doubled since 2006.

So far, the marijuana law reform debate has been centered in the states, and would probably stay there were it not for the disproportionate influence the state of Florida has on presidential elections.

That said, at the end of last year, congressional Republicans waded into the matter by using the appropriations process to stop implementation of a local marijuana reform law passed by voters in the District of Columbia, helping elevate the issue into the national spotlight.

Going forward, congressional Republicans might want to consider carefully how they address marijuana law reform in the 114th Congress. Using congressional hearings as a stage for knee-jerk, prohibitionist rhetoric may drive away the unique intersection of millennial and Republican voters likely to decide next year’s razor-thin presidential margins in Florida. Alternatively, addressing the issue in a thoughtful and strategic manner may serve to bring these voters into the GOP tent, and help assure a Republican in the White House.

Steven Moore is a former Republican leadership aide in the House of Representatives, and currently managing director at the digital political consultancy CampaignGrid. CampaignGrid has modeled every American voter online by their propensity to support or oppose marijuana law reform. The firm was active in three of the five marijuana law reform elections in 2014. He wrote this for the CQ-Roll Call.