University of California will require measles vaccination for incoming students 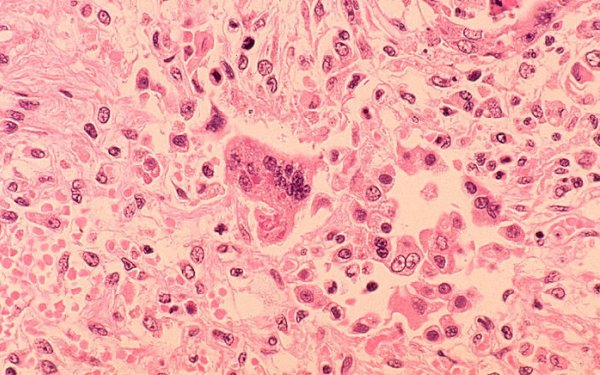 A histopathology of measles pneumonia is seen in a microscope image from the Centers for Disease Control and Prevention.
(Credit: CDC handout/Getty Images)

LOS ANGELES — As the Disneyland measles outbreak continues to spread, the University of California announced Friday that it would require incoming students to be vaccinated for the measles as well as other diseases.

The move comes as the nation is dealing with an outbreak of the highly contagious disease that has left more than 100 people ill. The outbreak began at Disneyland in December but has spread since then.

“The University of California will require incoming students to be screened for tuberculosis and vaccinated for measles, mumps, rubella, chicken pox, meningococcus, tetanus and whooping cough, under a plan set to take effect in 2017,” the UC said in a statement. “Currently, the UC system only requires students to be vaccinated against hepatitis B, though several campuses have additional requirements.”

UC officials said the new policy has been in the works for a year.

“I’m really excited that there’s support and momentum for this new immunization plan,” Dr. Gina Fleming, medical director for the UC Student Health Insurance Plan, said in a statement. “We know that these preventive measures are effective.”

The move comes amid growing calls for more action to stop the spread of the disease and get more people immunized.

On Wednesday, California Gov. Jerry Brown appeared open to legislation that would eliminate all but medical waivers.

The governor’s new flexibility highlighted a growing momentum toward limiting vaccination exemptions partly blamed for the state’s worst outbreak of measles since 2000 and flare-ups of whooping cough and other preventable illnesses.