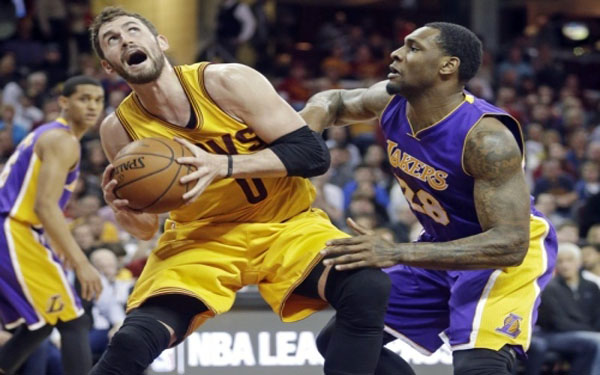 CLEVELAND — Before he learned of a tweet LeBron James directed at him, Kevin Love insisted Sunday he has no interest in playing for the Los Angeles Lakers next season.

Love, who can become a free agent this summer, was asked after the game by a Los Angeles reporter if the Lakers will be an option.

“I’m a Cleveland Cavalier,” he said.

Asked if there was any scenario that could get him to change his mind, Love said, “No” before a Cavs spokesperson ended his interview session.

Rumors of Love signing with the Lakers when he can become a free agent have existed for years.

When they resurfaced again early this season, Love again refuted the idea he will leave Cleveland for Los Angeles.

After the game, Love was shown a tweet James sent out Saturday night about trying to fit in instead of fitting out. James conceded to a small pack of reporters after Sunday’s game it was directed at Love.