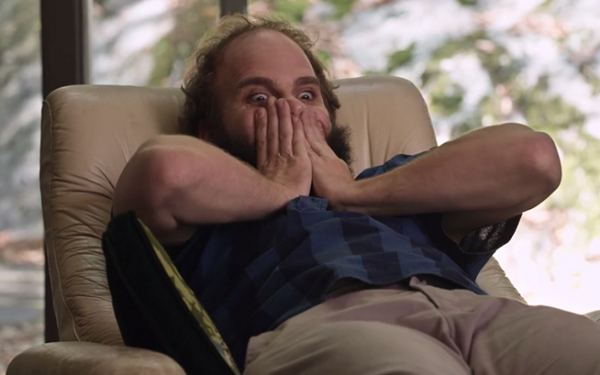 Today's Brooklyn is as much an idea as it is a place. Through gentrification, sections of New York City’s easterly borough have received a drastic makeover, making it a creative bohemia for (let’s be honest) a primarily white, privileged crowd. Shows like “Girls” and “Broad City” exemplify the hipster revolution, which has besieged Brooklyn’s Williamsburg, Bushwick and beyond. And what fuels the apathy and creative spirit of the hipster elite? Weed.

Enter “High Maintenance,” an online show starring a mobile marijuana deliveryman simply known as “The Guy.” The show was created back in 2012 by husband and wife duo, Ben Sinclair (who stars as “The Guy”) and Katja Blichfeld (Emmy-winning casting director of “30 Rock”) as a labor of love. Sinclair and Blichfeld slapped together what little cash they had, utilizing their friends as actors and their apartments as a set. Now “High Maintenance” is back for its third season with funding from the video-sharing platform, Vimeo.

“Our little set family was able to spend a whole six consecutive weeks—basically the whole summer—together as opposed to only seeing each other on weekend shoots like we used to do,” said Sinclair, describing the changes since Vimeo hopped onboard.

Each episode follows “The Guy” as he makes a deal with one of his customers. But rather than a simple illicit transaction supported by stoner comedy, “High Maintenance” explores universal concerns.

“We tend to avoid centering our stories on the pot itself,” said Sinclair. “[We] focus more on the reasons that people might smoke pot, which tend to be more relatable than the act of smoking a blunt.”

The installments, which range from 5 to 20 minutes, explore a range of humanity as expressed through eccentricities and insecurity. From a timid guy living with his ailing mother who calls “The Guy” soley for human interaction, to a homeless mooch dressed in high fashion, to a 30-something couple attempting to accept the decline of their youth, “High Maintenance” doesn’t discriminate. And on top of that, certain episodes feature recognizable faces—comedian Hannibal Burress and “Orange is the New Black” star Yael Stone.

“All of the story elements are inspired by idiosyncrasies and situations that swirl around us day to day,” said Blichfeld. “The characters are usually composites of several people we know or strangers we have watched on the train or at a coffee shop.”

In many of the episodes, “The Guy” acts as a mobile psychiatrist, imparting wisdom along with his dank bud. He helps a vegan couple humanely kill a trapped mouse; he calms down a guy having a bad trip on mushrooms; he helps a Jewish family on a hot summer day by turning on the fan for them during Shabbat. Sinclair’s “The Guy” is just a dude who, with an outsider perspective, helps take the edge off, even before anyone lights up.

But let’s be real, the main reason the clients call him is to get high. And if the show stems from their own personal lives, what about Sinclair and Blichfeld’s smoking habits?

“It's complicated,” said Sinclair. “We both come from very middle-class suburban environments where pot smoking is frowned upon. But since we've started being open about our pot usage, everything's worked out really well for us.”