Spider-Man heads to Marvel Cinematic Universe before next solo film 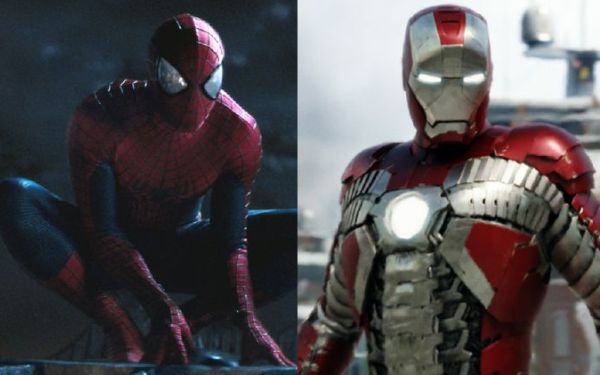 Spider-Man is heading to the Marvel Cinematic Universe! The superhero will be joining Iron Man and more in upcoming Marvel movies.
(Credit: Sony Pictures/Marvel)

LOS ANGELES — Spider-Man is coming to the Marvel Cinematic Universe.

Under a deal between Sony and Marvel Studios, the iconic character will appear in an unspecified Marvel film before headlining a new installment in his own franchise for Sony, which will arrive in theaters July 28, 2017.

The next Spider-Man solo film will be co-produced by Marvel movie chief Kevin Feige and Amy Pascal, who recently segued from her executive post at Sony into a producing deal.

According to a release issued Monday evening, Marvel and Sony are exploring ways of possibly integrating characters from the MCU into future Spider-Man films.

“I am thrilled to team with my friends at Sony Pictures along with Amy Pascal to produce the next Spider-Man movie,” said Feige in the statement. “Amy has been deeply involved in the realization on film of one of the world’s most beloved characters. Marvel’s involvement will hopefully deliver the creative continuity and authenticity that fans demand from the MCU. I am equally excited for the opportunity to have Spider-Man appear in the MCU, something which both we at Marvel, and fans alike, have been looking forward to for years.”

The superhero of late had been played by English actor Andrew Garfield in 2012’s “The Amazing Spider-Man” and a 2014 sequel, “The Amazing Spider-Man 2,” both of which were directed by Marc Webb. The most recent movie grossed $706 million worldwide, a bit less than the reboot’s $758 million, and was met with mixed reviews.

The most recent film saw Garfield’s Peter Parker face off against several foes: Paul Giamatti as Aleksei Sytsevich, an Eastern Bloc criminal who becomes the Rhino; Dane DeHaan as Oscorp heir Harry Osborn, who suits up as the Green Goblin; and Jamie Foxx’s Electro, who begins the movie as the meek Oscorp employee Max Dillon and develops a masterful control of the power grid.

Marvel is next due to release “Avengers: Age of Ultron,” the eagerly anticipated follow-up to Joss Whedon’s superhero blockbuster, on May 1.