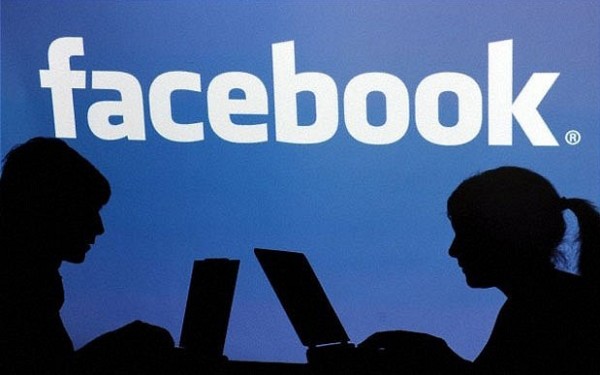 MILWAUKEE — Some people post everything on Facebook, including their suicide plans. That move may have saved John F. McCormack’s life, but also left him facing a rare, if not unprecedented, charge in Wisconsin of assisting a suicide.

McCormack’s post last month, and a call to his sister, led police to the Clarion Hotel near Mitchell International Airport in Milwaukee, according to medical examiner’s records.

Inside Room 380, they found McCormack, 53, on the floor, unresponsive and struggling to breathe. In the bed next to him lay Marlowe Marie Chapman, 29, already deceased.

Empty pill bottles and several letters were in the room, and an officer described the scene as “a very organized suicide.”

One five-page letter by McCormack, addressed to the police, said he and Chapman had decided to end their lives on Jan. 8, after troubles with their living situation and her health issues.

It described in detail how he purportedly melted sleeping pills into vodka and orange juice for Chapman to drink, and how he held her as she started convulsing an hour later, then spent a day talking to her, “hoping she was somewhere happier.”

“If there is an afterlife,” he wrote, “I wanted it clear even though she drank it. I did all the work of melting and mixing it. I don’t know if that distinction will save her soul, but she was a decent person in a world getting worse; and life constantly (expletive) on her.”

The troubles the couple seemed to be running from, however, were not terminal diseases or the prospect of a long prison term. According to medical examiner’s office records, McCormack’s note indicated the couple had been searching for a new place to live, Chapman’s car needed repairs and the eczema on Chapman’s hand was getting worse.

When investigators contacted Chapman’s mother, she told them her last contact from her daughter was an email on Christmas that said she wasn’t doing well but hoped things would get better.

Chapman angered easily, her mother said, and had been depressed about her unemployment and car troubles, but was never diagnosed with a mental illness and had never tried suicide before.

When detectives were able to interview McCormack four days later, he told them he didn’t expect to be around to answer questions, but wanted to explain everything that happened. He corroborated most of what was found in the written note, adding that when Chapman began to convulse and cough, he held her mouth closed so she wouldn’t vomit the deadly concoction.

Among the evidence was a note apparently written by Chapman titled, “Goodbye John,” and signed, “Mouse.” There were also notes to the hotel housekeeping staff warning them not to enter the room because it is a crime scene, and another to the front desk staff thanking them for the nice, quiet stay.

Democratic state Sen. Fred Risser has introduced a bill to allow physician-assisted suicide in Wisconsin — the seventh time he has tried for such a law over the past two decades.

The bill would allow a doctor to prepare drugs that a person could use to end his or life, but only if the person has terminal illness and a life expectancy of six months or less. They would have to be proved mentally competent, and there would have to be independent witnesses without any possibility of gain from the person’s death, Risser said.

In discussions of the bill over all that time, he’s never heard of anyone being charged criminally with assisting a suicide. Risser was quick to say, though, that what authorities say happened to Chapman is far from the narrow circumstances that would be legal under his bill.

“I would definitely oppose this example. There’s too much chance for foul play,” Risser said. He still backs the criminalization of assisting suicide in do-it-yourself scenarios.

“They convict people of homicide for supplying heroin people use in fatal overdoses. What’s different about this?”

Assisting a suicide is punishable by up to three years in prison and three years of extended supervision. After a psychiatric examination last month, McCormack, who has no prior adult criminal record, was found competent to proceed. He is jailed on $1,000 bail and is next scheduled to appear in court Friday.

His attorney, Deja Vishny, said she has never heard of a case of assisting a suicide in nearly 35 years of criminal defense work.

“It’s early in the process, and I can’t predict what will ultimately occur in court,” Vishny said.

“There are complex psychological issues at play that have to be examined. Regardless of what happens in court, it’s a very sad situation for everyone involved.”

McCormack first hinted at the couple’s suicide in 2013. His aunt, Mary Mervis, read a Facebook post that October about the couple giving away their belongings and saying goodbye. She said her strong impression was that McCormack was planning to end it all.

She called Milwaukee police, who found McCormack and Chapman at their apartment. They were OK, but were brought to the county mental health complex and later released, Mervis said.

Mervis said she and husband, Mike, invited McCormack and Chapman to their home for dinner shortly after Thanksgiving. They explained all the resources available to help them find jobs and a new apartment and then funded a savings account for McCormack to help the couple get stablized.

But over the following months, McCormack and Chapman only had a variety of excuses for why they couldn’t find work, or a different apartment or why they turned down other assistance offered to them.

“I don’t think they knew what they wanted,” Mike Mervis said.

Last spring, Chapman asked for even more money, and Mary Mervis said she turned her down, prompting a very angry reply from Chapman, for which McCormack then apologized.

In his suicide note from January, McCormack says “we came close to ending our lives last year but tried to go on for everyone who loved us.”

In his Facebook post from Jan. 8, he lashes out at the Mervises, despite the help they gave him, blaming them for having McCormack and Chapman “locked up,” in reference to the emergency mental health commitment, and causing “worse retaliation from our neighbors.”

The couple had been living in an eight-unit apartment building. The owner, Franjo Berkec, said McCormack had been a tenant for at least 10 years, and was on month-to-month lease. He said McCormack complained about noise and drug use at other units, so Berkec offered him a unit in a second building he owned, but McCormack turned him down.

He said Chapman was not on the lease, which Berkec didn’t mind. He said he had met her but didn’t really know her well.

In December, McCormack said he would move out by Christmas, but Berkec said he could never reach McCormack and was still waiting for him to turn in the keys when a reporter told Berkec what had become of his former tenants last week.

“It’s unfortunate for her family and her,” he said of Chapman. “It’s a sad story.”